Apple iOS 7 has already made headlines with Apple revealing numerous remarkable new features in this latest operating system. However, there are a number of unnoticed small tweaks and features which are now coming out in the open as developers have explored the new OS further. Though these features could not find a place in Apple’s keynote and demonstration in WWDC, these little touch ups help iOS 7 make much more than just an incremental upgrade.

A large number of small tweaks and little upgrades have accompanied the launch of iOS 7, out of which the best ones are mentioned below:

1.    QR Code Scan feature for Passbook
Passbook, which offered a convenient option to the Apple users to use their store cards, coupons and tickets, has got a handy upgrade in the form of QR code scan feature. The apparent purpose would be to import new passes through QR code scanning rather than scanning any random QR code.

2.    Compass App gets Level Feature
Like all other default applications of Apple, Compass app also got a new look but along with it, it also got an upgrade in form of the Level feature. It puts iPhone’s accelerometer in use to detect the degree of offset from the zero surface. The feature can be reached by making a left swipe when at the Compass’s main screen.

3.    Live Icons
Apple has, in a way, endorsed Windows Phone’s innovation of live tiles as well as Android’s widgets by offering real time interface in the form of live icon of clock in its new OS. As opposed to earlier static version, this new clock app icon includes a moving second hand.

4.    Dedicated app for FaceTime
FaceTime, the Apple’s voice calling service, now has a dedicated app for itself, just the way it has on iPod Touch. Earlier, the FaceTime could be accessed either from contacts app or the Phone app. Moreover, FaceTime will now support audio calls as well, in addition to audio plus video calls. 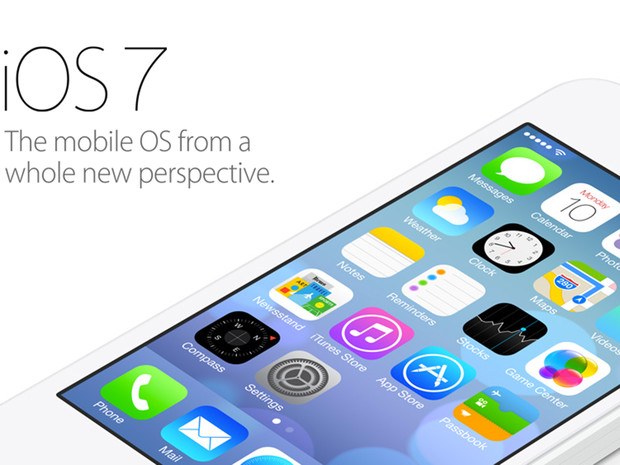 6.    Map Upgrades
The Apple has loaded its new OS with handy map upgrades such as audio turn-by-turn assisted navigation for walking as well as driving. This comes in as a welcome update for city commuters or anyone who prefers being steered by audio assisted navigation instead of looking at the phone every time he seeks directions. The map now comes with inclinometer support which enables it to know when you are ascending or descending the hills. The night mode also becomes active when the sun goes down.

These minor changes and small upgrades ensure that iOS 7 rejuvenates the love in the hearts of Apple lovers.