The Internet Corporation for Assigned Names and Numbers (ICANN) has changed a rule that will allow the reservation of existing domain names that use any combination of letters and numbers.

Rod Beckstrom, President and CEO of ICANN, stated, “ICANN has opened the Internet’s naming system to unleash the global human imagination. We hope this allows the domain name system to better serve all of mankind.”

This decision was made due to a large increase in requests for alternate domains.

“Today’s decision will usher in a new Internet age,” said Peter Dengate Thrush, chairman of ICANN’s board of directors. “We have provided a platform for the next generation of creativity and inspiration.”

In the past, alternate domains were considered untrustworthy or unconventional, and many consumers have even shied away from the less popular domains. All of that will likely change with this new ruling however, thus opening up a wide spectrum of usable domains.

Currently there are a total of 22 accepted or generic “top-level domains” (.com, .org, .net) which will  obviously be expanded upon greatly once registrations begin. ICANN will begin accepting requests and submissions for new domain names in January, 2012.

This could ultimately change the way everyone navigates the internet. It could also introduce a new range of opportunities including direct domain web searches, parental control domain blocking, and many similar internet feature implementations. 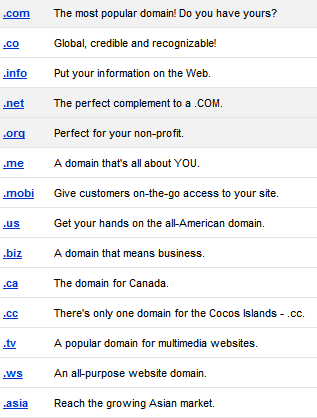 Of course one of the biggest problems that could arise from this decision, is a more fragmented internet environment. By opening up these new domain registrations, ICANN is also opening a longer list of domain name possibilities. More domain names, means a greater possibility for mirror domain name registrations, which could lead to a potentially dangerous situation. For instance a business could have a certain domain name registered (ending in .com) and a scam party could have the mirror domain registered (ending in .whatever) and a lot of uneducated consumers could fall into a deep trap, by thinking the mirror domain belongs to a legitimate business.

Of course even though a fragmented internet environment could potentially impact everyone, it doesn’t necessarily mean everyone will be negatively affected. ICANN made a statement about the issues that could arise from this decision, reassuring that “strong efforts were made to address the concerns of all interested parties, and to ensure that the security, stability and resiliency of the Internet are not compromised.”

Unfortunately, we won’t know exactly how this decision affects the internet until the registrations begin in early 2012.

For those interested in submitting a new top-level domain, ICANN has published the Applicant Guidebook to direct consumers and businesses on how to apply for a new gTLD (generic Top-Level Domain).