HTC has been in the news a lot lately and for all the disappointments and confusion it created about having Gingerbread Update on its HTC Desire.

What does HTC say about HTC Desire?

HTC Desire: And here is what followed…

Within a few minutes after the news release, customers jammed the Facebook page expressing their sheer disappointment. HTC noticed their customers’ disappointment and replied with bigger news this time. “To resolve the Desire’s memory issue and enable the upgrade to Gingerbread, we will cut selected apps from the release. Look for status updates starting next week. We apologise for any confusion,” HTC said. 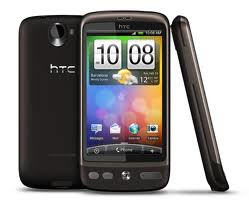 Well, the news solaced the users a little; however, left them with confusion. HTC realized that it is not a good idea to back out from a promise long been made and therefore suggested a workaround.

The workaround seems simple and it’s hard to believe that if comments on the page can include all the smart ideas to make the work possible, then why can’t all so smart engineering team at HTC materialize this very promise?

A smart suggestion that came from the public was that HTC can offer a stock Gingerbread update to Desire owners. Some even smarter customers mentioned that the XDA Developers forum provide instructions on getting Android 2.3 onto the Desire. This suggestion may have made HTC to post the news of finding a workaround.

HTC explained that an upgrade to Gingerbread wasn’t possible because HTC Desire lacks enough memory. If the memory in question is Desire’s 512MB of ROM, 576MB of RAM, or both, then Hello! Gingerbread works just about alright on spec’d Nexus with about the same or even lesser memory (512MB ROM / 512MB RAM).

Still, if memory is really the problem, then HTC should start shipping devices with more RAM – simple!!!

HTC declined to give any details on which applications will be removed, so to avoid walking over promises again in case they could not be materialized!

In any case, all the HTC Desire users have their fingers crossed and eyes jammed on HTC’s Facebook page for the company to break the silence. Until then, let’s just wait for the next BIG news on HTC Desire…