iPhone’s new automation app ‘If This Then That’(IFTTT) allows you to bring two separate apps together by mentioning which of them is the “This” one and the “That” one. For example, you could get all the pictures you click with your iPhone to upload instantly to your Flickr account, or send a greeting message to a new contact when you include his or her information in your phone’s address book.

You can use this app for free and customize it to integrate various services and apps such as Craigslist, Dropbox and many others.

With its new eBay Exact app, eBay attempts to introduce the masses to 3D printing. This new iPhone app allows customers to give a third dimension to their designs. So you can customize accessories, jewellery, iPhone covers and more to get exactly what you want.

You can make selections from design templates and opt for colors of your choice. Variants in materials include plastic, metal and wood among others.Your designs will be printed out for you in 3D and sent to you within a couple of weeks of placing the order.

A new iPad app launched by Glasses.com uses virtual reality to enable you to try on their glasses remotely. A unique “3D fit technology” on your iPad gives you an experience of almost being at the store.
A 180 degrees view lets you see how the glasses will look when worn. Another 3D view displays a different perspective and you can compare both looks and decide whether you want to go in for a pair.
The best part is that you can share your looks wearing different glasses with your social circles from right within the app. Different opinions can help you zero in to what suits you best.

One of the features that have been frequently requested by users of Facebook has finally come into being. Facebook Home has been updated to include folders. Now phone apps can be grouped in different folders while using Facebook’s Android launcher.

This feature was prominent in the list of user requests for the app launcher. Dock support was another one which was included last month. Facebook plans to update the app with widget support in the near future. 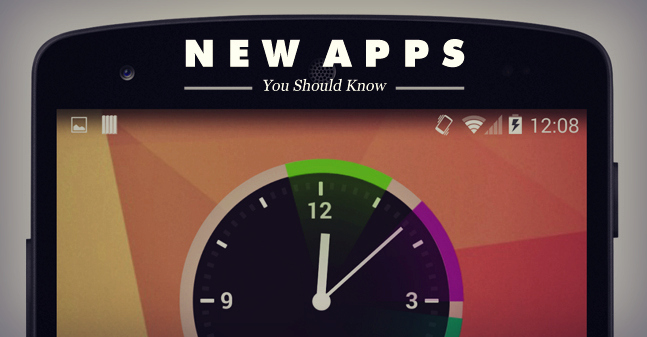 A new version of Rebtel’s VoIP calling app was released recently. The 3.0 version of the app has been downloaded by about 23 million users. This includes an additional favorites section in which pictures of important contacts can be displayed. You can set reminders for calls you don’t want to miss and also use the service to check balance in your account more conveniently.

The mobile apps of Twitter have been recently enhanced and sync functionality has been provided for messages. So when you use your phone to access a direct message, it will also be marked as read elsewhere on the web and on other Twitter clients.

Other enhancements include superior search results with preview of accounts and new language support for Thai, Danish, Swedish, Filipino, Norwegian, and Finnish.