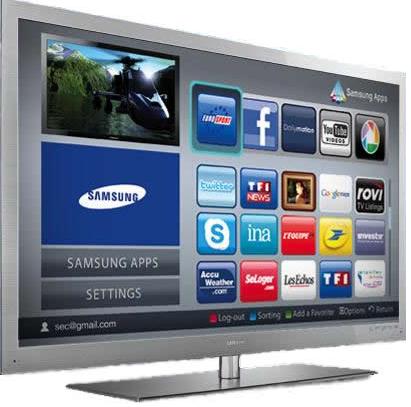 To further include Adobe in their future, Samsung is also planning to launch a unique applications store, which will allow developers to create applications and programs for the new Smart TVs. The applications will be developed using Adobe Creative Suite 5.

Furthermore it has been established that all available applications will use Adobe Air, which opens a wide selection of possibilities considering how many Adobe developers there are on the market today (over three million developers according to Samsung).

In addition to Adobe Air, Samsung has also decided to integrate Adobe Flash 10.1 on the new Smart TV line. This will allow users to experience what Samsung claims to be a “more complete internet browsing experience”.

As Samsung has already supported Adobe Air for their latest smartphones, it means that developers who have already created mobile apps for smaller devices will be able to easily adapt and port further releases to the larger-sized screens. Samsung also feels that the added support and functionality serves to further strengthen the proper development needs, thus eliminating the need for developers to sacrifice the inclusion of important features and options.

Samsung has designed the Smart TV line with product and software developers in mind, with integrated support for Javascript, XML, Adobe Air and of course Adobe Flash. They have also designed a unique (single batch) Software Developer Kit (or SDK) that is cross-compatible with all related Samsung HDTVs, Blu-Ray Players and Blu-Ray Home Theater Systems.

For users who are not aware, the Samsung Smart TV series is the most recent line of Samsung HDTVs. The Smart TV line includes integrated support for specific web-based apps such as social networking options, gaming hubs, free online video, TV streaming and various other formats and genres. The Smart TV also provides full web browsing support to allow users to frequent both the internet and online mobile media from the comfort of their couch.

The Smart TVs are currently available for purchase but the new support features will be added in an upcoming firmware release for older models, and will be automatically integrated in newer models.

We certainly praise Samsung for their open support of Adobe products and software. How do you feel about the new additions and features? Is there something you would like to see added to the list of Smart TV product features? Do you currently own a Smart TV and have an opinion to express? We have created a forum thread just for this topic! Please join the forum and the discussion here!