Sony is certainly in competition with Microsoft to bring up its next generation gaming console to the market. When the PlayStation 3 was released five years ago, it was sold out in almost every store, and as of June 31, 2011 there were more than 51 million units sold.

The competition gets tougher and intense in the video game market, and Sony is preparing itself for the release of PlayStation 4 or PS4. In fact, while the PlayStation 4 is currently getting its treatment, PlayStation 5 and PlayStation 6 are in the early stages of planning and conceptualization at Sony’s R&D labs.

The world eagerly waits for the next generation PlayStation 4 sported with hi-tech gaming features and latest technologies. Gamers are not just expecting the PS4 to have a combination of motion and dual-shock controllers, but also 3D gaming experience. There’s no reason why one should not expect what the next version of PS4 will contain, since technology has advanced widely and effectively.

The Sony PlayStation 4 is said to be made of eco-friendly materials. The gaming console is expected to be made up to 60% of recyclable materials. Apart from that, it will also have a “Eco Start” feature, which will allow gamers to save and resume games, without having to switch off the console.

Additionally, it is choreographed to switch off every 30 minutes of no activity. The interesting part is that during this time, the console will self-charge automatically from a rechargeable cell. This not only saves energy, but also maintains and extends the life of the console.

Although the device is blended with eco-friendly features, it certainly needs those specifications which are essentially required for any hardcore gamers. The PlayStation 4 is expected to sport a 1.5 TB hard disk drive, which allows users to store a large number of games. It will have USB 3.0 ports along with an HDMI connect port.

The Sony PlayStation 4 will have full 3D support with 4K2K compatibility, and supports 3D Blu-Ray. It is enabled to synchronize with Sony Ericson, and also synchronize with the Sony Bravia. The Sony Entertainment Network (SEN), formerly called Qriocity, will also be included in the console.

In terms of CPU, the current PS 3 uses a cell based processor with 1 PPE (Power Processing Element) at 3.2 GHz. We are expecting the PS4 to have 32nm 8 Core Cell processor with 16 SPEs, along with a 22nm Kepler. We are also expecting the console to have a boatload of RAM, with at least minimum of 2GB RAM.

PlayStation 4 Mock Illustration (You Can Embed This)

Although the gaming console is yet to be announced, fans have already posted concept images of the PlayStation 4, which certainly looks incredible. It’s obvious that users mostly look for technical specifications, but there are certain number of people who also rely on looks and design. There are many concepts available, and one such concept by Joseph Dumary, shows the evolution from PS2, to PS3: 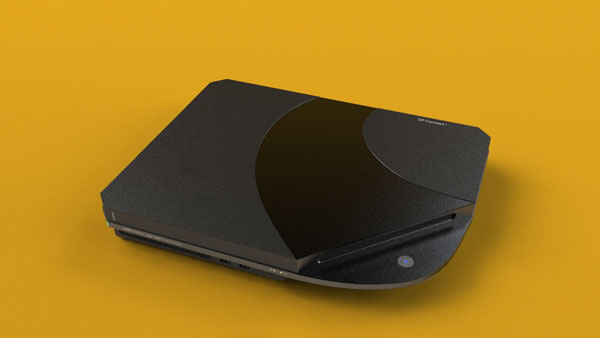 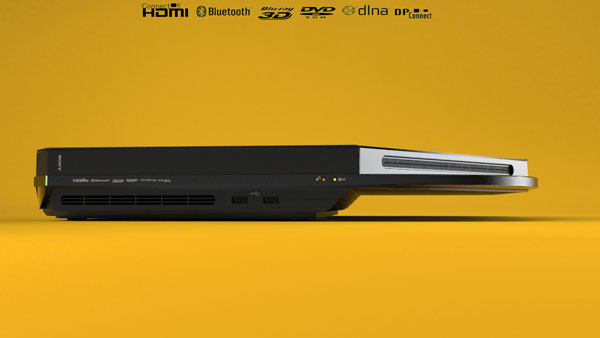 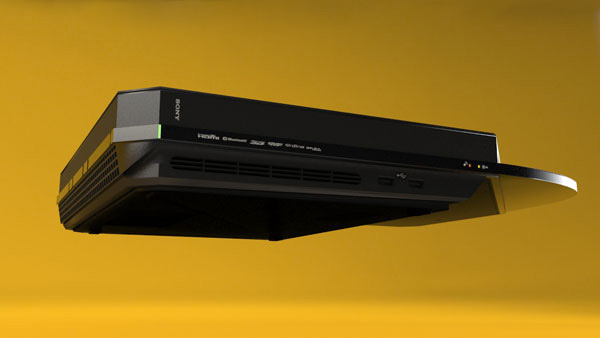 Here are some other designs: 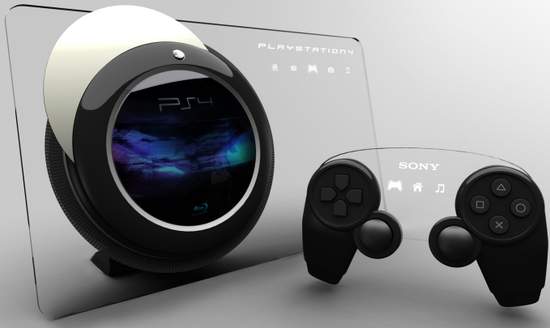 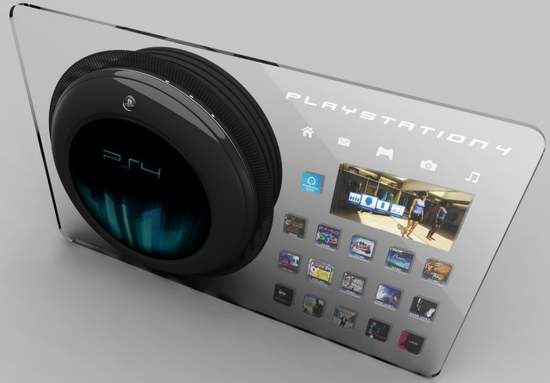 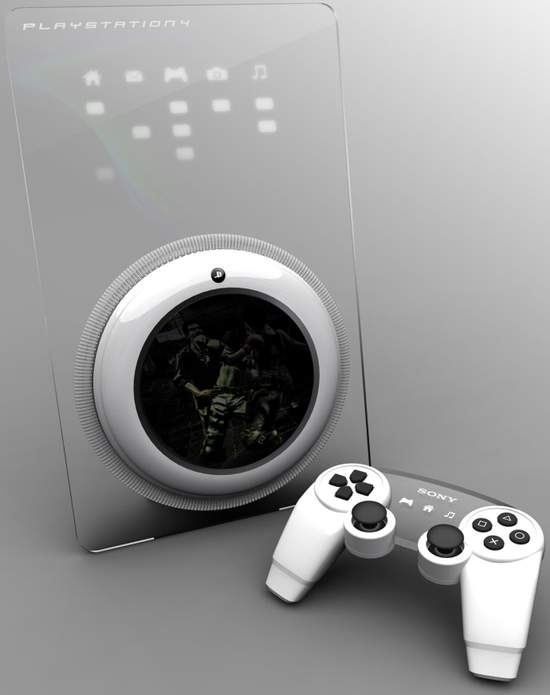 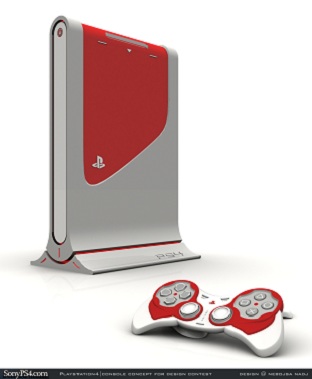 It is also expected that the Sony is planning to include the “body movement-based control like Kinect”, a motion sensing input device developed by Microsoft for the Xbox 360.

It is confirmed that PlayStation 4 games are currently under development, and Sony is set to launch the games somewhere around the same time as the PlayStation 4 release. The games are also expected to be available in the PlayStation online store, where you will be able to buy and download games instantly.

Phil Harrison, former head of Sony Worldwide Studios, shared a few thoughts on the next generation gaming console, and mainly stressed on the concept of “game streaming”. The basic idea about streaming games is to play them online, where users will have to purchase rights to stream games, just like how you stream videos on Netflix.

“The technology to stream high-quality games directly to your living room or computer or TV is not some kind of science-fiction fantasy – it works, and it’ll only get better over time. I think that’s clearly going to be a future for our industry.”

There are several speculations around the Internet about the release date of the Sony PlayStation 4. Sources indicate that Sony is planning to announce the gaming console sometime in 2012. According to a report by a tech news blog DigiTimes, indicates that Foxconn and Pegatron Technology will assemble the PS4 for Sony starting at the end of this year for a 2012 launch. These were the companies which assembled the PS3.

It’s unknown whether the Sony PlayStation could be given a different name, but at this point we can just assume that it’s going to be PS4 or PlayStation 4, since Sony has named its previous PS consoles in a similar fashion. The PlayStation 4 is expected to be one of the best gaming consoles ever, and certain after looking at the concept designs and specifications, there’s no doubt about that.