Apple’s fling with innovation has always given technology freaks the most amazing devices to drool over. The new Mac Pro that was launched at Apple’s Worldwide Developer’s Conference  last week, however, has drawn flak from the critics circuit, and the unprecedented cylindrical built is to be blamed for the same. Though loyal Apple fans have gushed over it’s up to 12-cores Xeon processor, ECC memory and six Thunderbolt 2 ports that can power up to 3 mega-high 4K displays, most believe that the company has overstepped its propensity to go for crazy designs.
What its detractors have failed to realize is that this desktop-ready workstation looks like it does because of a reason, and that reason may well lead to path-breaking efficiency and perfection!

Read on to find how the bizarre exterior of the latest Mac Pro might lead to a technological breakthrough.

Why is it round?
When Phil Schiller, Apple’s SVP of Marketing said that the Mac Pro is built around an exceptional thermal-based chamber, he meant it quite literally.

The cylindrical design isn’t just some weird design fad that Apple is trying to spark off. The triangular heat-sink chamber lies at the center of the new Mac Pro, demanding it to be round in shape. It consists of numerous air chambers that allow you to see through the computer. This chamber has circuit boards mounted on each of its sides, with almost all of the chips and processing units facing outwards.

The chamber has been meticulously constructed to efficiently disperse the heat generated within the system. Apple first designed this core and then proceeded to develop a structure around it, and this explains the one-of-its kind shape of the product.

What is it made of?
The sleek grey colored body of the new Mac Pro is different from most of the other technological products in the market not just because of its shape, but also because of its material. Surprisingly enough, it’s not plastic! Instead, it is made of polished aluminum that looks attractively shiny and feels cool and leveled. Although metallic and solid, the Mac Pro is relatively lightweight and has an easy to use handle attached to its uppers.  Indeed, the Mac Pro may look like incomprehensibly complex but it provides great ease and convenience. 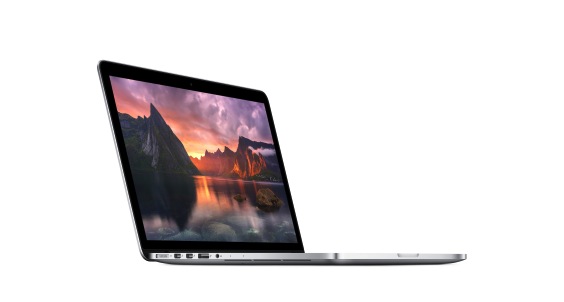 Why does it make no sound?
Another much-touted feature of the latest Mac Pro is that it makes tremendous improvement over other high-power computers in terms of the noise made by them.  Inside this technological masterpiece sits a fan that draws air from into the vented base and up through the triangular chamber. This fan has been devised to function as quietly as possible.

How does its power supply work?
The Mac Pro’s power supply is located inside it. This offers great convenience as there is no huge, difficult to handle power brick in between.  Its power cord goes directly from the wall to the computer.

The new Mac Pro is definitely different, and with the features it boasts of, one can say with surety that this offering of Apple’s is here to stay.