Gamers the world over have been eagerly awaiting the announcement of what console would be the successor to the Xbox 360.

Even before the big day, rumors about the new console had been swirling and the news was not happy. Forget the fact that Microsoft wants your game console to be your main entertainment hub, for many gamers the two biggest rumors that they hoped were rumors sadly turned out to be true – always on connectivity and the inability to play used games.

In May, Microsoft announced not only the new name of the system, but it’s features – including needing to be connected to the Internet at all times, the inability for the use of used or borrowed games, and having the Kinect come as part of the system. Gamers were in an uproar over the announcement and last week, when Sony announced their PS4 updated system, those who may have picked up a One were now onboard with the PS4.

Two days ago, Microsoft did a complete about face, issuing a statement that they would no longer be requiring the system to be online and that users can now get used games and share games with friends.

Why the backtrack? It’s very simple: gamers, including game developer Marleigh Norton, did not rejoice over the news for the Xbox One. As mentioned, the two thorns in this plan was the the facts that the system needs to always be online and the inability to play used games on this system. For the consumer, neither of these things are feasible. Granted, someone may point out that routers and servers are always connected, but the use of computers and mobile devices is different from a console; most people attempt to do work on a PC/Mac or a tablet. Business folk don’t work on a game console.

The other downside is what happens when the Internet goes out? Users who live in areas where the weather affects both cable and Internet by causing outages wouldn’t be able to pass the time if they need a connection to always play. What about people who live in rural areas where their Internet is spotty at best?

Then there’s the used and sharing games issue. For consumers, the price for a new game holds a price tag of $60, which in the case of people who buy online MMOs that suddenly switch from paid to free to play, are left with a $60 game that’s basically useless. The whole point of used games is to get a game for half the price; if it truly sucks, you’ve only spent $10 and can sell it back.

The ability to share games with friends means you can allow your friend to try a new game that you think they might like. Despite the image, not all gamers are hard core and will beat a game in a few hours (unless of course the game is beatable in a few hours, which again leaves a bad $60 taste in one’s mouth); some of us like to play for a few hours and if it’s a good game, we’ll continue to play it. If not, we can just hand it back to our friend (eventually). 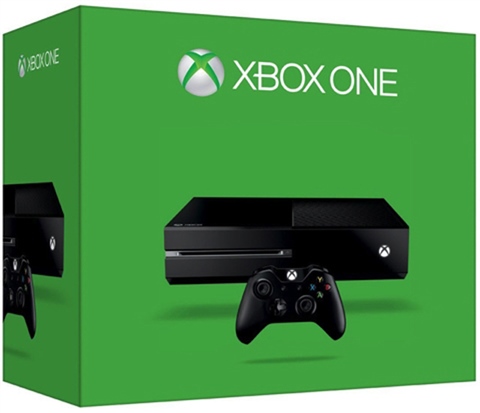 Stores like Gamestop and GameFly rely on the exchange of used games, as it’s their most profitable commodity. In fact, Gamestop itself usually will have a wide variety of used games versus new games in stock. Gamers will save up for the holiday season and hit up credit card offers in the mail or online to make sure they have enough to purchase several copies of a great games, but for half the price.

The counterpoint to this is the pay that developers get, or rather don’t get, when used games are in effect. However, as one forum poster noted, that is not the problem of the gamer; it’s the problem of the industry and not paying people the money and admiration they deserve.

This backslide seems to have helped, as preorders for the One have kicked back up, however Sony saw blood on the water and jumped on it, announcing at E3 that their PS4 didn’t have any restrictions towards games or gamers, a very precise dig at the debacle faced by the One. It’s still too early to see how this new console war will play out.