Barnes & Noble Inc. announced today that it has parented with the technology giant Microsoft (a strategic partnership), which is basically intended to accelerate the transition to e-reading and build upon the history of strong innovation in digital reading technologies from both companies.

This partnership will give rise to a new subsidiary called Newco, in which Microsoft will invest $300 million in Barnes & Noble Inc’s digital and college businesses, in exchange for 17.6 percent equity stake while B&N owning 82.4 percent. With this partnership, Microsoft will be valuing themselves at $1.7 billion.

Barnes & Noble is currently the best U.S. bookstore chain, running over 691 bookstores in 50 states. Earlier in January the company said that it might spin off its digital business, which includes its Nook e-reader. The alliance with Microsoft will help them introduce an application for the Nook on Windows 8, the upcoming version of Microsoft’s operating system. 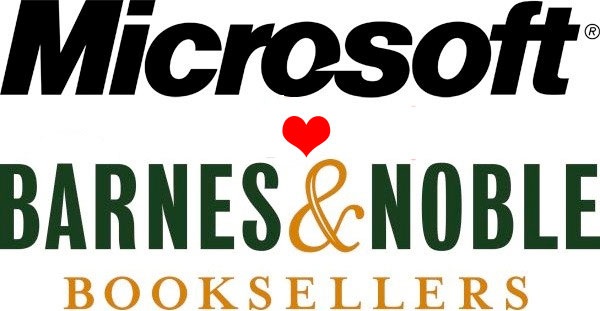 The Nook app will make Barnes & Noble’s catalog of e-books, magazines and newspapers available to Windows customers in the U.S. and abroad. The subsidiary also will include Barnes & Noble’s Nook Study software.

“The formation of Newco and our relationship with Microsoft are important parts of our strategy to capitalize on the rapid growth of the NOOK business, and to solidify our position as a leader in the exploding market for digital content in the consumer and education segments. Microsoft’s investment in Newco, and our exciting collaboration to bring world-class digital reading technologies and content to the Windows platform and its hundreds of millions of users, will allow us to significantly expand the business,” said William Lynch, CEO of Barnes & Noble.

“The shift to digital is putting the world’s libraries and newsstands in the palm of every person’s hand, and is the beginning of a journey that will impact how people read, interact with, and enjoy new forms of content,” said Andy Lees, President at Microsoft. “Our complementary assets will accelerate e-reading innovation across a broad range of Windows devices, enabling people to not just read stories, but to be part of them. We’re at the cusp of a revolution in reading.”

The Nook digital tablet was ranked 4, right behind the iPad and others tablets, accounting for about 5% of global tablet sales. In 2011 tablet makers sold 68 million devices, more than twice the number of e-readers sold worldwide. Although tablets running Microsoft’s Windows 7 have sold in relatively small in number, but analysts now expect that with the release of Windows 8 later this year on tablets could mark a significant success.

The partnership not only has got the two giant together in alliance, but also has put an end to the on-going patent dispute between Microsoft and Barnes & Noble over the use of Android. Microsoft filed a patent suit against B&N stating that it violates its patents, on the Nook. As a result of the settlement, both Barnes & Noble and Newco will have a royalty-bearing license under Microsoft’s patents for Nook e-readers and tablets.