In our recent post about how to install Google Chromium OS several users have raised the question about validity and relevance. It is our duty to expand on those concerns and fill in the blanks for users who are not quite aware of the difference (Chrome vs Chromium), or in many cases similarities. 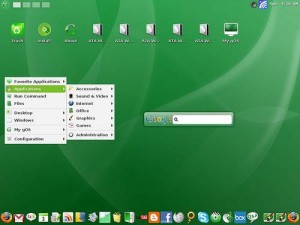 The Google Chrome OS is the official build which will be released and supported by actual Google developers. This operating system will, like Microsoft’s Windows, be supported regularly with fixes and bug updates upon release. The Google Chrome OS will also be significantly more stable, because it will be more or less a finished product.

The Chrome OS will be featured on a plethora of Google machines which will be sold in the future (after its official release of course). This means that when you hear a salesman talking about a laptop outfitted with the “latest Google Chrome OS”, he/she is most likely talking about the operating system specifically designed and supported by Google.

The Google Chromium OS is an open source release of the Chrome OS… but what does that mean?

It means that both the Google Chrome OS and Chromium OS are the same. With exception to the rather evident fact that the Chromium OS can be expanded upon by anyone. Anyone meaning, any developer in existence – even you.

Because the official Chrome OS has not been released, the Google Chromium OS is basically the “cutting-edge” version. That does not necessarily mean it is the “best” version, it simply means that it includes the most “up-to-date” features and specs.

Because the Chromium OS is “up-to-date” it means that some of the more prominent Google OS performance issues will be fixed and expanded upon. The Chromium OS is basically a giant testing environment for Google developers, which means that it can be quite buggy and problematic.

This process of releasing a buggy “open-source” product allows developers to hash out problems with the official Google Chrome OS and see how the fixes and updates react in the Chromium builds. The developers also earn support and feedback from the community of individual developers who alter the software personally.

The Chromium OS can be customized by anyone, and changed/altered with a broad range of programming options. This is part of the “open source” idea, a release that allows any user the option to tailor the product to their individual needs. 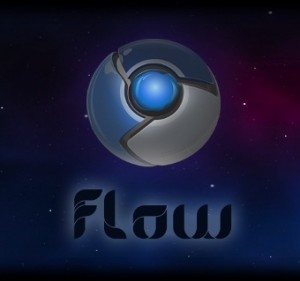 To expand more on the idea that anyone can custom tailor an open source OS, we will give a prime example: Hexxeh, the 17 year old developer who redesigned, and currently maintains, the Google Chromium OS Flow build we recently previewed in an earlier article.

This in turn means that the Google Chromium OS will, in most cases, appear and act differently than the official Google Chrome OS when it’s finally released. Google will most certainly patent and include unique features and user interface options that Chromium users and developers don’t. After all, they are the original creators…

For you less technology (and programming) oriented viewers out there, it more or less means they speak the same language and function on a day to day basis nearly identical to each other, but for all intensive purposes look differently (just like fraternal twins).

Hopefully this clears up any questions or issues you have concerning the Google Chrome vs Chromium operating systems!