Roleplaying games comprise one of the greatest genres in the video game world. Nearly every game on the market these days, borrows elements from the RPG genre. Some of the prominent RPG elements borrowed include player leveling, character customization, and talent or skill trees.

Blockbuster RPGs like Skyrim, the Fable series, Kingdoms of Amalur and the Final Fantasy series can be played on different platforms. Unfortunately, none of those blockbuster RPG titles can be played while on the go, and when you’re jonesin’ for an RPG, not just any game will quench the thirst.

That’s why we set out to find the best RPGs available for Android devices.

The Best RPGs For Android Available on Google Play

Imagine being able to play an expansive RPG on your mobile phone from anywhere, at any time. We know, it would be awesome, and it IS awesome. That’s exactly why we’re listing our top picks for Android RPGs. 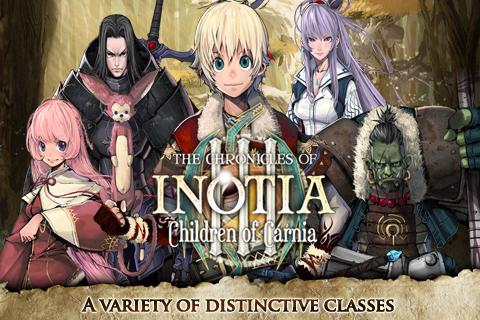 Inotia 3 can rightfully be compared to the Zenonia series but is a much larger game overall. Inotia 3 offers classic SNES style graphics and action RPG gameplay.

Inotia uses an unusual combat system that allows you to attack an enemy continuously without the need to interact with a choppy control system. You can tell your party to attack an enemy, and they will automatically continue doing so until the enemy is dead. You can also use the opportunity to activate character skills and abilities.

Inotia 3 includes over 230 quests and 130 maps to explore, along with 6 player classes that can all be customized.

If you want to experience an old school, action RPG with a unique party and combat system, all for free, then Inotia 3: Children of Carnia is worth installing.

Inotia 3: Children of Carnia For Android 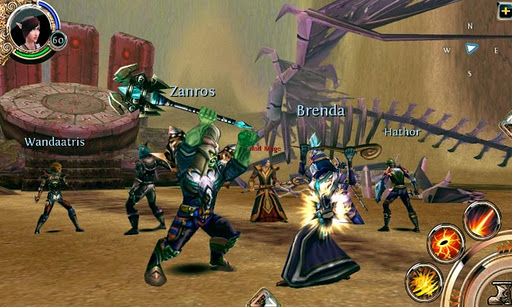 Order and Chaos is actually a mobile MMORPG. The initial purchase includes 3 months of playtime but there is a nominal subscription fee to continue playing after that ($0.99 a month).

As with any other MMORPG, you can customize your character’s appearance, talent builds and weapon and armor sets.

If you’re looking for a triple-A MMORPG experience that can be played from anywhere, Order and Chaos Online should be your first choice. 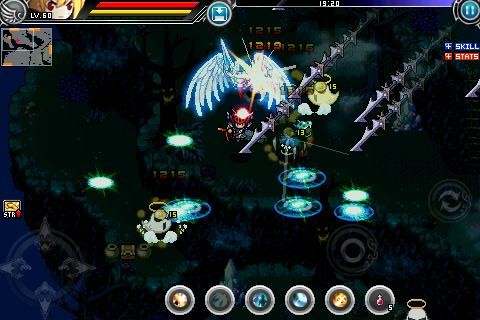 The first Zenonia used classic style RPG elements and visuals that provided what was essentially one of the best gaming experiences on any mobile device.

Zenonia 3 expands upon everything the first two titles offered with one particularly recent feature, freemium items and in-game purchases. Zenonia 3 offers a comprehensive singleplayer experience, with more than 227 maps to explore and 136 quests to complete. Zenonia 3 also offers 4 playable classes, and 47 titles to obtain that all add varying stat boosts.

Zenonia 3 even includes a PVP arena where you can challenge friends and other players.

If you want an excellent mobile gaming experience, free of charge, that includes an extensive story and various game modes, than Zenonia 3 is your title! 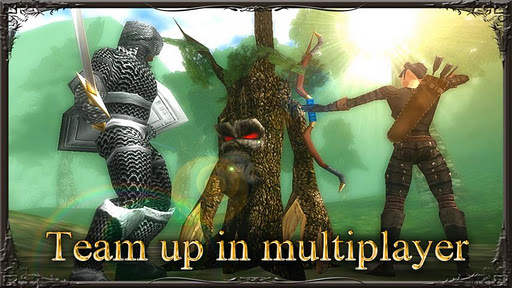 Earth and Legend is a real 3D action RPG. It is best compared to an MMORPG like WOW, not because of the graphics or the art style, but because of the extreme grinding required to advance in the game.

Earth and Legend offers both a singleplayer, and multiplayer experience (through an active Wi-Fi network or Bluetooth connection). Earth and Legend features a day and night cycle, dynamic weather patterns, player pets, swimming, fishing and a mixture of melee and ranged combat mechanics.

If you want a full-fledged RPG experience, and your phone can handle it, Earth and Legend is the way to go! Earth and Legend typically costs $6.99, but we’ve seen it on sale for less on several occasions. 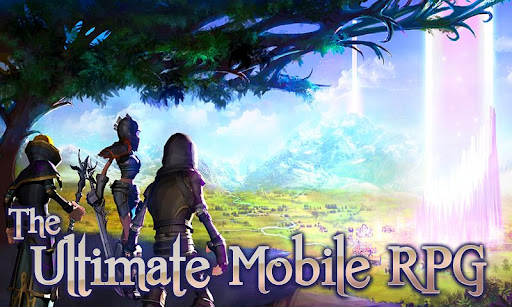 Quests and Sorcery offers three character classes, which can be customized and leveled as you progress through the game. There are co-operative and singleplayer campaigns, and the game includes an integrated social network. Mobage, the developers of Quests and Sorcery, are known for their social gaming elements.

Quests and Sorcery is not compatible with all devices, but if you have the opportunity to play it, do so! It’s free to install and play. 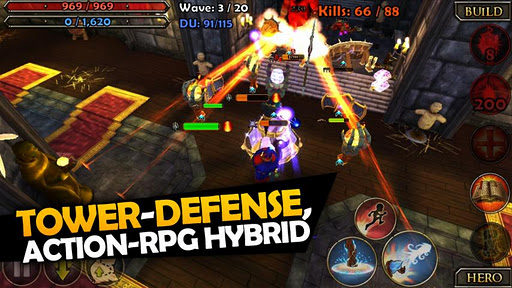 Dungeon Defenders is a mesh between tower defense and action RPG genres.

At this point in time, the game can be played on multiple consoles and PCs, but the mobile game version was the first to exist. Dungeon Defenders offers player development and character customization, along with hundreds of custom items and weapons to choose from. Players can also equip pets for help with difficult battles and additional skill upgrades.

Dungeon Defenders offers both singleplayer and multiplayer gameplay (online) and best of all, it’s totally free!

Get The Best Android RPGs Now!

All the titles included in the list above are available now for purchase, or for free, via Google Play. Be sure to check them all out, you won’t regret it.

Soon enough, you can be grinding away to collect those experience points from anywhere in the world.

Just make sure you watch where you’re going if you’re walking around, and remember: never RPG while you’re driving! Seriously, don’t play any RPGs while driving, you don’t want to miss any important gaming moments.

This list is based on personal opinion, so there’s obviously no way we could include every RPG title available for Android on the list. Sound off, in the comments below, and let us know what your favorite RPG is from Google Play!