You’ve heard of CityVille, FarmVille and FrontierVille (if you haven’t then you’re probably living under a rock), well now there’s CastleVille! Yes folks, you heard us correctly.

Zynga, the evil genius behind CityVille, will soon launch CastleVille; a fresh take on the well known social gaming experience.

Why did we call them evil geniuses?

In January, 2011 CityVille hit 100 million active users; which basically means over a 100 million people were wasting away time at work, school or home playing CityVille. More recently (August, 2011), CityVille’s active user base has dropped to approximately 75 million, and in October, 2011 the user base dropped to about 55 million – which isn’t quite as extensive, but still encompasses A LOT of people.

Zynga is a group of evil geniuses because so many people love the Ville games, and it’s likely that CastleVille will have an equal, if not higher, active user base.

CastleVille, if you couldn’t already guess, allows players to build medieval empires ripe with castles, knights and peasants. Players will also be able to craft items, create unique artistry for use in the game and trade openly with other players. This time around, Ville players will be forced to defend their custom kingdoms from invading parties. 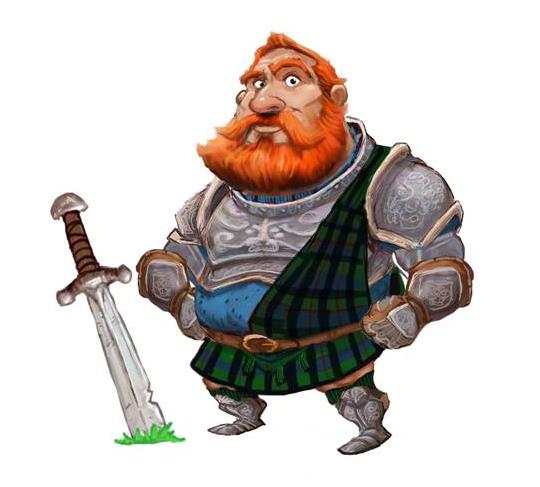 CastleVille will incorporate features from other Ville games, while also allowing players a completely fresh and unique experience. Zynga has also expressed the use of new social media and social interaction techniques that have never been seen in a previous Ville game.

Bill Jackson, the director of Zynga Dallas has mentioned that Castle Ville will include the most extensive character creation platform out of any Ville game. Players will be able to completely customize their characters when first starting the game.

Players will progress by completing story quests, building their personalized castle and kingdom, interacting socially with friends, and meeting new characters that serve as a basis for the main storyline.

Which brings us directly to one of the biggest features of CastleVille, the engrossing story-line. A captivating story with a diverse and intrinsic character abundancy is entirely new to the Ville franchise. Sure, FrontierVille had its loose plot and vague story but Zynga has confirmed that Castle Ville will surpass such limits.

Players will meet and interact with all kinds of characters unique to the medieval universe of CityVille; some of those characters include Tom (a heroic dragon slayer), Duke (an allied King), Yvette (a talented and well endowed songstress), and of course Rafael (a woodcutter who dabbles in capturing lady trophies). Most of the characters are beneficial to the game’s main story and offer one of many advantages to the player such as a new quest, exclusive reward or tutorial on how the game works. 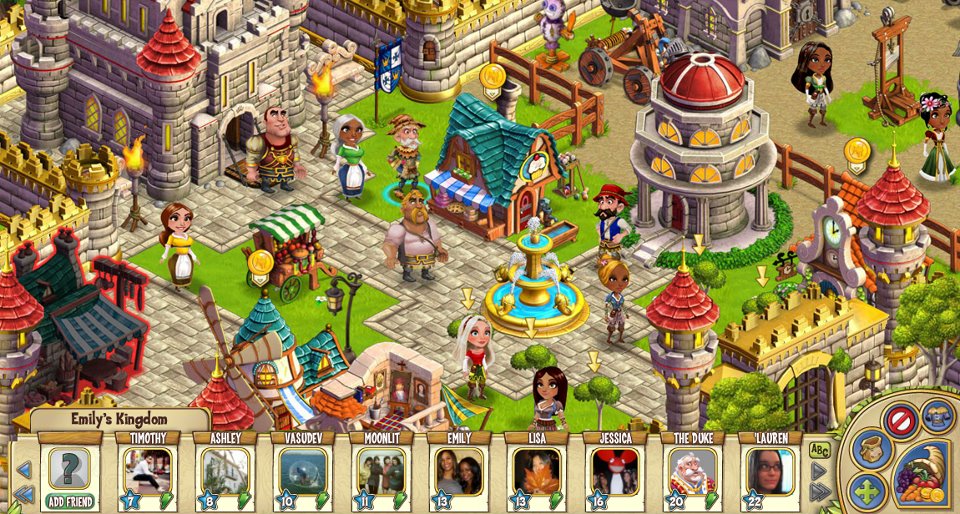 Zynga is also delivering a custom fantasy and action adventure experience right alongside the expansive story; players will be allowed free reign to choose specific paths their characters will take, places they will explore, or even which characters will become unlocked. Not only will CastleVille be a social building experience like CityVille and YoVille, it will also be a casual role-playing adventure.

The new social features implemented in CastleVille will include the option to visit friend’s kingdoms, trade and/or gift equipment, armor and custom art.

CastleVille is actually more akin to an MMORPG than most folks realize. The game features heavy social interaction, an extensive quest line, a main story plot, interesting characters, an in-game trading system and economy and of course plenty of player customization options. If those features don’t sound similar to what can be found in a modern MMORPG, well then… we probably don’t know what an MMORPG is… but we promise, we really, really do know.

CastleVille will be integrated with the Facebook platform like Zynga’s other titles and will be available in 17 different languages. The Castle Ville game will of course be completely free to play just like all of Zynga’s other social games, but will likely feature purchasable currency that can be used for further player customization and progression. 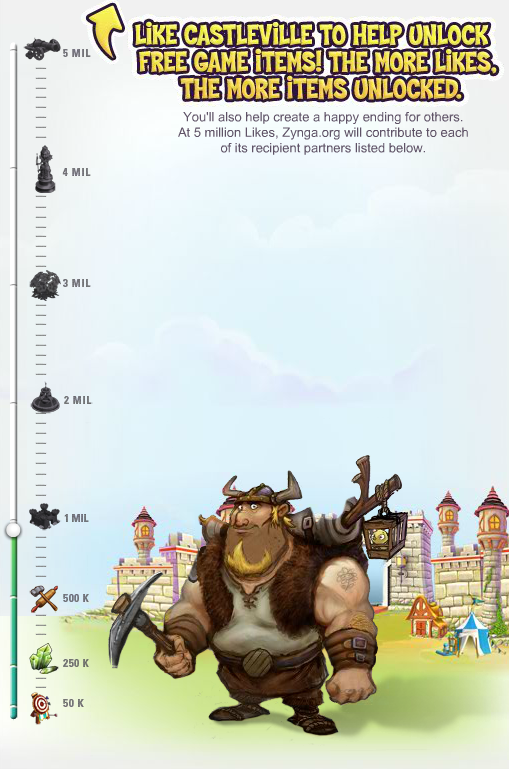 Zynga has identified that the CastleVille game will be released sometime between November, 2011 and April, 2012 which isn’t exactly the smallest release window ever given, but it’s a better estimate then never.

Currently Zynga is promoting CastleVille on the official Facebook page by teasing free in-game items which will be unlocked for the community as the page receives “Likes”. If the Castle Ville game page receives over 5 million Facebook “Likes”, Zynga will donate $40K, $30K and $20K respectively to the top three voted charity organizations (Water.org, Direct Relief International, Save the Children). As of the time of this writing, the official CastleVille game Facebook page currently has close to 1 million “Likes” (929,116).

If you’re a fan of the Ville games, and want to give back to the community by simply clicking a button, then get over there and “Like” that page!

Instead of sitting around waiting for Castle Ville, in the meantime eager players can jump into one of the other Frontier, City and Yo Ville games. It’s interesting to note that FrontierVille is the most recent Ville game released.

Alternatively you can check out our feature on the Best Facebook Games, for some ideas on what to play while you wait for CastleVille.