Researchers at Penn State have taught computers how to interpret images using digital image processing. The new system, which can automatically manipulate entire collections of images as they are uploaded, means significant time saving for Internet users.  This means we don’t have to manually tag or identify images anymore!

This digital image processing-based system also facilitates images retrieval through the use of search terms. For example if we type ‘car’ then system will automatically scan all images and will filter those which show a car. No matter how the images are renamed, it scans the image content and applies template-based images matching. The search results of digital image processing are said to be very accurate. 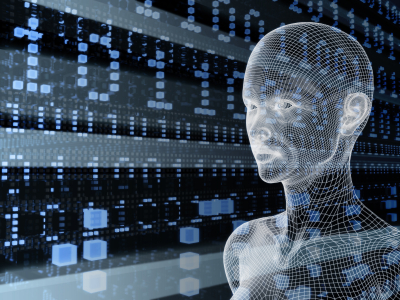 This new digital image processing-based system is described in a paper authored by Jia Li, Department of Statistics, as a “Real-Time Computerized Annotation of Pictures” and was first presented at the ACM Multimedia 2006 conference in Santa Barbara, California. Penn State has filed a provisional patent application on this great invention. Right now most search engines depend upon tags to describe images. This results in the fact that images without text tags are not accessible to web users.

Scientists named this new system ALIPR which stands for Automatic Linguistic Indexing of Pictures Real-Time. ALIPR analyzes the pixel content of uploaded images and compares them against a stored knowledge base of the pixel content of tens of thousands of image samples. Then the system suggests a list of possible tags for the image on the basis of digital image processing.

“By inputting tens of thousands of images, we have trained computers to recognize certain objects and concepts and automatically annotate those new or unseen images, More than half the time, the computer’s first tag out of the top 15 tags is correct.”

They have tested 98 percent of images. Digital Image processing has provided at least one correct tag in the top 15 selected words. The system completes the annotation in less than 2 seconds, and can also be applied to other domains such as satellite imaging, art collections and pathology slides. The new system builds on the researches conducted prior to the invention, like ALIP, which also analyzes image content pixels. The new ALIPR characterizes images by modeling distributions of both color and texture energies.

Scientists also acknowledge that computers trained with their digital image processing algorithms have problems when photos are fuzzy or have low resolution or contrast. Results are also affected when objects are shown only partially and when the angle used by the camera presents an image in a way that is different from the computer training. Adding more training images as well as improving the training process may reduce these limitations.

“Our approach aims at making all images on the Internet visible to the online users of search engines,” Wang said. Research on digital image processing systems was supported by the National Science Foundation.