Yes, the iPhone nano is headed for an Apple store near you, and this is not a prediction based on disclosures from Apple channel partners, nor is it another scoop from lost prototype buy-and-tell gizmo sites. No, the iPhone nano is becoming a necessity that the lords of 1 Infinite Loop, Cupertino can no longer afford to delay. This is because there is a very lucrative market for devices spanning the US $100 to $399 pricing range that the iPods (Touch and its siblings) are increasingly struggling to impress.

Apple’s recent earnings figures have shown consistent growth across its product range, except for its once market domineering music players, and do not expect Steve Jobs to be unmindful of this fact. Mere coincidence cannot suffice for an explanation that the persisting ‘fall’ of the iPods is coming at the boom of the smartphones. It is evident that almost all smartphones now pack formidable music player capabilities, and there is hardly any other compelling feature on the iPods that current smartphones do not trump. 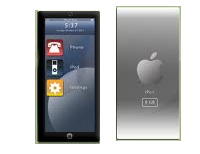 Sales figures do not lie, so evidently buyers facing a choice between a dedicated music player and a competent, all-in-one device are queuing for the latter. And that leaves Apple very little room for maneuver in contriving a special niche to prop up the diminishing appeal of its iPods; add to them more processing brawn and increased graphics capability, and they transform into gaming devices with the added necessity of altering designs, price implications and a narrower target market, and to focus on the imaging niche will be inviting a direct confrontation with behemoths like Nikon, and that also shaves considerable slices off their ‘necessity’ appeal. Moreover, Apple is notorious for avoiding product and services wars that it is unlikely to win. So faced by such a situation what are the discernible moves from Cupertino?

iPhone Nano – The Emergence of iCloud 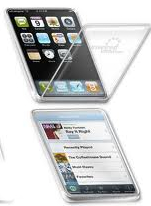 First, consider that the iPod icon has been jettisoned from its iOS software and secondly, iCloud is on the horizon and bringing with it the ideal platform to hinge the appeal of a mini iPhone, one without an internal storage which not only guarantees a much reduced cost of manufacture but also presents Apple design team another opportunity to awe consumers.

So expect Apple Inc., reigning masters of product positioning, to discontinue the iPod Touch especially, and replace it during one of those Steve Jobs’ presentations with a sleight that unveils an iPhone Nano, one that does almost all the iPhone can at the comparative price of an iPod Touch. The Nano’s screen real estate might likely not be as expansive as the iPhone’s neither will its processing power rival (perhaps an A4 chip clocking 1GHz) that of the latter, but expect it to be appealing enough in features and price for you to want one even though you already own an iPhone 5.

Perhaps the most telling effect of an iPhone Nano, from Apple’s perspective, would be the outright decimation of the competition seeking to gain substantial market share by flying under the pricing radar; those cheap and underhand models running a plethora of operating systems would figuratively be crossed off price-conscious buyers’ lists by Apple’s strong all-reaching hands.

Samsung, RIM and Nokia may worry all they can over the coming iPhone 5 but should they overlook the threat of the iPhone Nano then Apple’s two pronged attack is likely to encase them in a strangling, inescapable domination into the foreseeable future.