Rumors have maddeningly drowned out the air waves, and it’s likely we will see the unveiling of Microsoft’s new Xbox console (what we currently know as the Xbox 720) sometime this year. Keep in mind that a product “unveil” is not the same thing as a product release, the new console is not expected to be released until sometime in late 2013 or later.

A plethora of rumors have listed coming features for the Xbox 720 and it can be quite hard to completely piece together what we know so far about the new console. We’ve done the work for you and have compiled a list of the most likely features to expect in the new Xbox 720 console.

The biggest rumor pertaining to the Xbox 720’s graphical processing power is that the new console will include variations of AMD’s 6000 series GPUs. If there is any truth behind the rumor, that means the new Xbox will still be at least two generations behind the latest PC GPUs (with the AMD 8000 series soon to release). But the rumor, if confirmed would also mean the Xbox 720 would include a graphics processor that’s up to six times more powerful than the current Xbox 360 GPU. 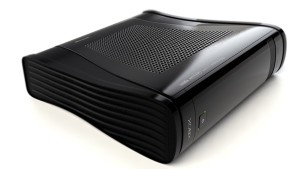 If the Xbox 720 does indeed get equipped with an AMD 6000 series GPU, that would also include support for DirectX 11, multi-display functionality and of course high-definition 3D content.

One of the biggest, and most influential, features to be rumored for inclusion in the Xbox 720 is an implementation of unique security features that prevents playback of second hand game titles. While this information has in no way been confirmed by Microsoft, it’s certainly plausible that such a feature could be implemented in the Xbox 720.

If the rumors are true it would mean the end of the used game industry, and it would also mean gamers would only have the option to purchase games brand new – or not at all.

Some ways in which Microsoft could realistically implement such a feature includes removing disc drive support, adding integrated security features on the discs themselves, or using a retail code redemption system similar to many existing online play passes (which can be seen in most EA game titles).

Xbox 720 Will Run the Latest Version of Windows

It’s no secret that Microsoft is keen on adding multi-functional and cross platform support – they’ve been especially fond of such features ever since the release of Windows 7.

It has been rumored that Microsoft will port Windows 8 (or the latest Windows version) to the new Xbox 720 thus offering cross platform support for use with Windows Phone devices, Windows based computers and subsequent Microsoft Windows platforms like future portable tablets.

The Xbox 360 currently supports media sharing with Windows 7 based PCs and also takes advantage of the Windows Media Center application showing that we could very likely see a similar media sharing system on the new console. Although, if such a media system were implemented or even adopted for the Xbox 720, the likelihood of a Windows OS appearing on the new console would lessen.

Microsoft’s use of closed source OS, or unique software systems for previous consoles is well known. It’s highly unlikely that we will see a Windows based OS on a home console in the near future simply because of the options it would open up for system hacks or modifications – which Microsoft has been and will always be strongly against. Microsoft has since warmed up to the idea of public mods, by releasing a developers toolkit for the Kinect accessory which is compatible with PCs. It’s still highly unlikely that Microsoft will welcome such support in future consoles- there’s too much liability related to piracy.

There’s even been an expressed desire for the return of HD-DVD’s, but seeing as support for the current console was dropped there’s no guarantee at all.

It is definitely true that Microsoft will be looking into alternate media formats especially if they decide to drop second hand game support. The possibility even exists that Microsoft will drop external media support altogether, going with a download-only marketing plan.

The current Xbox 360 was recently given cloud storage features for use with active Xbox Live gold accounts, which allows users to access saved games and stored data via any console that has internet access. 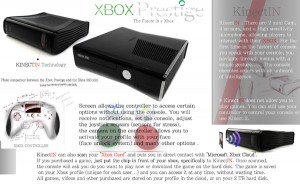 If Microsoft decides to truly implement the security features preventing used games and eliminate the use of discs in the new console then a large amount of storage space will be needed. Most modern games take at least 4GB of storage space, which is no small amount. New games, especially games that use even higher definition textures and graphics, would take even more storage space akin to what we’re currently seeing on modern PCs (12GB+).

If a need for more storage space arises there will be no possible solution other than to include local storage options, which would ultimately result in larger hard-drives being bundled with the Xbox 720. Hopefully this would also translate to Microsoft opening up storage options to allow third-party hard drives and external storage options like what is seen in the current PS3 model. Microsoft does currently allow users to take advantage of external storage drives on the Xbox 360, but there are limitations to what the external drives can do – one of them being Xbox 360 games cannot be installed to external drives.

The Xbox 720 will likely include integrated Kinect support or support for a similar external device but there is still a need (and high demand) for physical game controllers.

The Xbox 720 controller would most likely follow suit with the current Xbox theme, ultimately meaning the future controllers would look and function in the same manner as the Xbox 360’s. It’s possible that Microsoft would change the form and function slightly, but adopting a completely new controller design could enrage fans.

So basically, Microsoft will probably use a similar controller design with new functions built in like media playback buttons, a unique Xbox Kinect launcher or something similar. 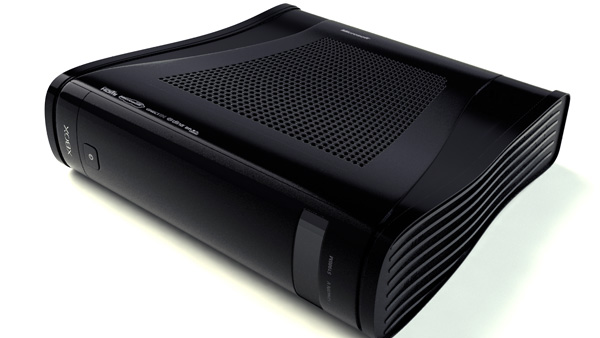 The release date rumors for the Xbox 720 are all over the place, there are current hints at a 2012 unveil compounded by other statements that claim no unveil will take place this year.

But Microsoft has previously given the Xbox 360 an estimated ten year life span, and considering the console was released in 2005 it could very well be sometime in 2015 before we see a successor.

If Microsoft upgrades the hardware significantly in the Xbox 720, which is likely, the new console will definitely receive a price hike. 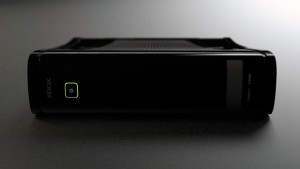 Judging by how much the original Xbox 360 cost at release, and by using an estimated amount of how much consumers will be willing to pay, the new console will likely be somewhere in the $599-$699 range.

Of course this pricing plan will be considered outrageous by many, especially when taking into account the price of current consoles but it’s easy to forget that modern consoles have been on shelves for years now. The Xbox 360 alone has been out for at least 6 years, which means even the newer console models have dated hardware, and the dated hardware contributes to the lower price.

New hardware is much more costly and will subsequently drive the base new Xbox price up higher.

So there you have it, an up-to-date list on all the most likely features to be included in the Xbox 720. This post will be updated accordingly as new information is released, so keep checking back!