In 2012 consumers find themselves in possession of a slew of gadgets and appliances offering Internet connectivity. This has resulted in a shift in our viewing habits, and those in the UK are increasingly finding entertainment via their Internet connection rather than the traditional avenue of visiting shops to purchase games or movies. The typical household boasts not only laptops and PC computers, but also internet connected smartphones and increasingly smart televisions. Such technologies open the consumer to whole new world of on demand media and entertainment, allowing them to interact with others whilst watching films and TV shows. Increasingly such services are available across the many different platforms that we own, offering the chance to keep up with favourite series both at home and on the move, providing seamless entertainment as we sit at home, commute to work or share evenings with friends.

The Internet video revolution was heralded by YouTube which completely changed the face of the web by allowing users to distribute video content. The after-shocks of its seismic arrival are still being felt and though much mainstream entertainment has been removed as content providers seek to monetise their work there is still plenty on offer. Pop videos and live performances are freely available, though often they come with adverts attached to them. Recently YouTube has been revitalised by the work of independent producers who wish to distribute their content to a wider audience. One particular area in which YouTube excels is in education and tutorial content. Whether you are seeking to change tire on your bike, learn about a piece of music software or even a new language you will find that there is plenty of material available. And of course there are reams and reams of cute baby and cats videos. 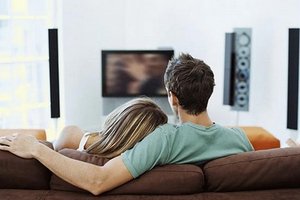 Commercial content is readily available via the likes of net flicks and iTunes. These are both major players that are new to the UK market and allow the viewing of TV shows and movies both via subscription or individual payments. Content is downloaded to a computer tablet or smartphone and can be viewed on the move as well as via your television. The UK is also blessed with offerings from the major TV networks like the BBC’s iPlayer and Channel 4’s 4OD which provide free access to their exclusive shows. All of these services require hefty bandwidth and a quick online internet speed test will reveal whether your connection is up to the job.

Multiplayer online gaming has risen hugely in popularity over the last five years with all the major gaming platforms offering Internet connectivity and online multiplayer experiences. Those with PCs can also get in on the act as many pc games will have online multiplayer elements. This is a true merging of traditional filmic style entertainment, game playing and interaction with people all over the world. In order to most enjoy your online gaming experience insure that your Internet connection is fast and efficient; a slow connection will almost certainly guaranteed a fast exit from you Bioshock death match.