We’ve said it before and we’ll say it again, mobile gaming is no joke, especially with lots of AAA titles making their way to mobile platforms.

Exactly what titles are we talking about? Currently, there is Minecraft: Pocket Edition, Grand Theft Auto 3, N.O.V.A. 3, Six Guns, and the Infinity Blade series to name a few.

Unfortunately, touch controls are a pain in the – for lack of a better word –  ass. Realistically, playing a mobile game using touch controls can be sluggish, frustrating and most of all detracting – the immersion factor, often evaporates because of a poor control scheme. 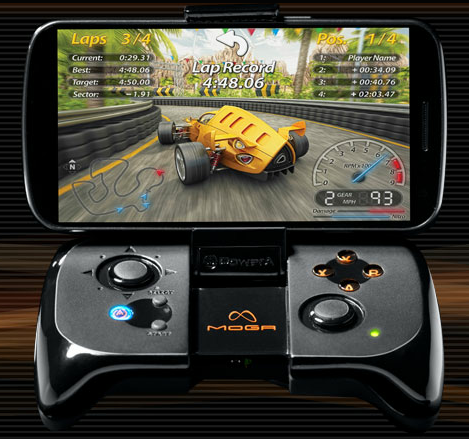 Now, there are probably a few of you out there screaming bloody murder about how touch controls are not that awful. While this statement may be true, “not that awful” is not the same as “responsive”, “excellent”, or “revered”. Most gamers tolerate touch controls on a mobile device only because they have to. The few gamers who decided to purchase a Sony Xperia Play are the only ones experiencing what convenient mobile gaming controls feel like. Unless of course you own a PS Vita, DS or PSP but those devices fall more under a separate portable gaming category.

Something has to be done about touch screen controls and virtual joysticks. Occasionally they do work well, but that’s quickly become the exception not the rule.

With that being said, third party peripherals and mobile gaming controllers saturate the mobile accessory market. All those some controllers were, at one time, touted to change the face of the mobile gaming industry. For the most part, every one of those accessories fell short because of a single issue – they were incompatible with a large selection of mobile software.

Why pay $50 or more for a mobile gaming adapter that only works with a select handful of games? It’s a complete waste of money.

PowerA, like all that have come before, promises to change the mobile gaming industry with their recently announced MOGA controller.

What The Hell is a MOGA Controller?

The MOGA controller includes dual analog sticks and a more traditional console control scheme that should be far superior to the standard touch screen controls provided by most mobile games. In addition to the analog sticks, the MOGA controller also includes a four button layout (similar to a PSP, PS3, or Xbox controller) and two top mounted triggers.

The MOGA controller will come bundled with an exclusive app called “MOGA Pivot” that will work parallel to Google Play. MOGA Pivot will list compatible games and update all the necessary software to optimize use of the controller. Pivot will also scan apps installed on the Android device for compatibility; if and when pre-installed games become compatible, the app will automatically install the proper control profile for use with MOGA.

Will The MOGA Controller Change The Mobile Gaming Industry?

It’s unrealistic to assume the MOGA controller will truly impact the future of the mobile gaming industry. Many companies like PowerA have tried, and failed, at creating a successful mobile device controller. 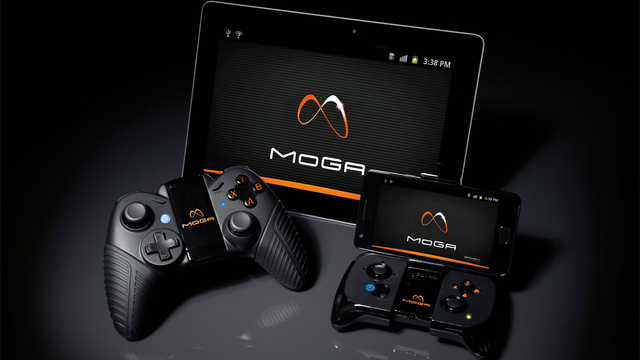 The problem lies in the rather scarce list of compatible software. Despite continuous promises by manufacturers to deliver more compatible software, such accessories have a knack for losing their usefulness. Some great examples of undesirable mobile gaming controllers include the Zeemote, and the iCade Mobile.

There is one alternative to the MOGA currently available called the iControlPad but we must warn you, the controller is unappealing. The reason it makes such an acceptable alternative is because of the unique Blutrol software which allows users to map certain buttons and actions from native apps. To reiterate, this feature allows users to map functions, within a previously incompatible app, using Blutrol.

How Much Will The MOGA Controller Cost And When Will it Be Available?

The simple answer to the above question is that we don’t know. We could estimate costs and release dates, but they would probably be way off.

At launch, the MOGA controller will be exclusively available for Android devices, but there’s absolutely no reason why PowerA wouldn’t eventually make the peripheral available for iOS devices too.

The only thing left to do is wait until PowerA releases the MOGA and reveals some distributors. Considering the device was just unveiled, the release date shouldn’t be far off, but these days there are no guarantees. If you can’t wait, then consider checking out the iControl which is compatible with numerous platforms including Android, iOS, Windows Phone and more.