The all new Samsung Galaxy S3 is powered by a Quad-core processor, runs on Android OS, v4.0.4 (Ice Cream Sandwich), a 4.8-inch Super AMOLED screen with a resolution of 720p, 1GB RAM 16/23GB storage with slot for microSD card, features a 8MP camera with burst mode, and a 2,100mAh battery. Not to forget, it also comes with a wireless charging kit, which removes the clutter of wires, and also features NFC payments. All of this is packed in a shell that weighs 133 grams and thickness 8.6mm.

The Galaxy S3’s most interesting, new and innovative feature is the in-built face-tracking and voice control feature, for which Samsung claims for a more ‘natural’ control system. And the most intelligent feature of the Galaxy S3 is the security lock system. Rather than turning off the screen and locking the phone, the new intelligent features keeps the phone unlocked while the phone’s camera senses the human eye watching it. 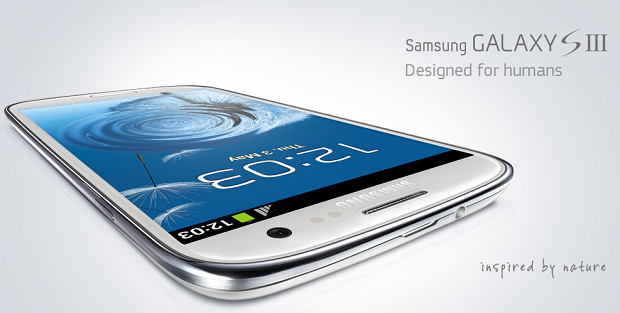 Also, the incredible voice recognition feature makes the phone stand out, which is very much similar to the artificial intelligent software Siri in the Apple iPhone 4S. For instance, saying “I would like to take a picture,” will launch the camera app instantly. The voice recognition is programmed to understand eight languages at launch.

During the time of launch, many positive tweets streamed in about the display and some praise for the good resolution of the smartphone. As mentioned in the specs, the Samsung Galaxy S3 features a big 4.8-inch Super-AMOLED HD screen with 1280*720 (720p) resolution. 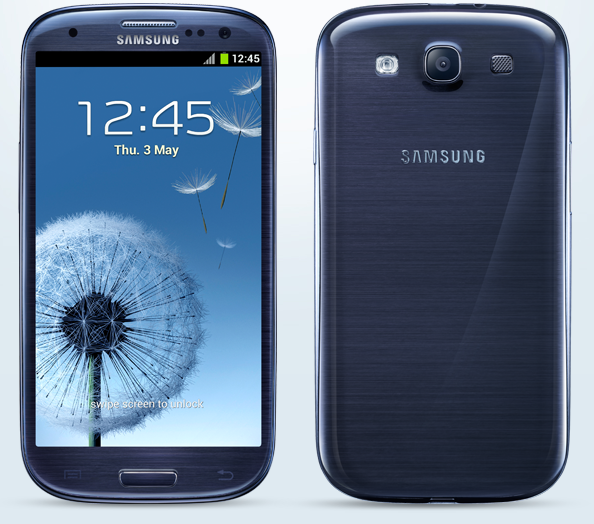 In terms of power, the Galaxy S3 is powered by a quad-core Exynos chip running at 1.4GHz, supported with 1GB of RAM. Many expected that the Galaxy S3 would have a higher clock speed than 1.4GHz, however, that’s still powerful enough, but not as powerful as other smartphones. There were also expectations that the S3 will be backed by 2GB of RAM, which would have made the smartphone an incredible multi-task performer. Perhaps that’s reserved for Samsung Galaxy S4.

The Galaxy S3 has an 8MP camera much like the Galaxy S2, which is sure to disappoint some fans who expected it to be 12MP. It also features a 1.9MP camera in front. The camera sports a better and bigger sensor, improving the quality of the pictures compared to the Galaxy. The 8MP camera includes Burst Shoot, Best Photo and Buddy photo features.

Connectivity features like GPS with A-GPS, NFC, Bluetooth 4.0, Wi-Fi, DLNA, and a MHL port are also included in the Galaxy S3. Interestingly, the phone features wireless (inductive) charging that basically removes the clutter of wires

The Samsung Galaxy S3 flaunts the ‘Smart Stay’ feature which is smart enough to automatically adjust the brightness of the screen. That is, while a user is reading something, the screen’s brightness will be controlled by Smart Stay and adjust accordingly via the front camera. It will also make sure and take care that the phone’s screen doesn’t turn off while the user is looking at it. Additionally, it has the ‘S Voice’ feature that will allow users to dictate their SMS, email, and control media playback.

Additionally, Samsung will be offering 50GB of free space for all Galaxy S3 owners on Dropbox. The Galaxy S3 will be available in Europe and the rest of the world by the end of May. There will also be a 4G version of the handset that is expected to come to the United States sometime in “summer”.