You may, or may not, remember a neat little art project we discussed a long time ago that involved USB dead drops.

Here is a little known fact, the USB dead drop article was actually one of the first posts I ever wrote for the Tech Labs, and look at me now; but I digress, let’s go back to the original story.

Aram Bartholl, a Berlin-born artist living in New York City, originally set up dead drops with USB thumb drives that contained artistic content. The dead drops were randomly placed throughout New York City, and most of them were embedded in the wall of a building or similar structure.

Anyone could plug their mobile device, or laptop, into the USB drive and download, or upload, content. The content is always publicly available, both daily, and nightly; especially considering the drives were permanently embedded into a brick wall.

If you’d like a little more information check out our earlier story on Bartholl’s first USB dead drops.

Dead Drops Get an Upgrade of The Optical Variety 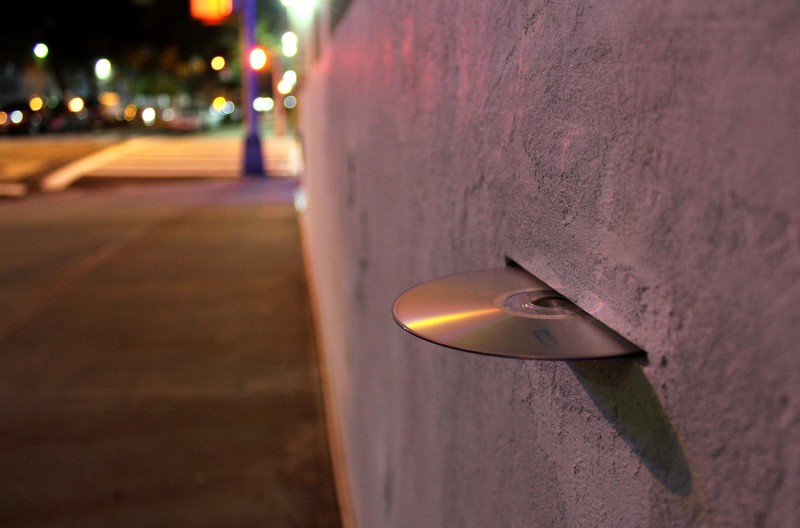 Bartholl has revamped the dead drop project with the help of the Museum of Moving Image (MMI) in New York. This time, however, the dead drop includes a working DVD burner embedded into a museum wall.

The dead drop is accessed via a slot carved into the side of the museum and is available 24 hours a day.

“Visitors who find the Dead Drop and insert a blank DVD-R will receive a digital art exhibition, a collection of media, or other featured content curated on a monthly cycle by Bartholl or selected artists. DVD Dead Drop imbues the act of data transfer with a tangibility left behind in a world of cloud computing and app stores, using a medium-the digital versatile disc—that is quickly becoming another artifact of the past.”

The museum’s curator, Olia Lialina, made a statement about the exhibit:

“If it had been possible to distribute video online from day one, there would be no Web as we know it today. Instead, during the long wait for shareable online video, artists developed a distinctive language that we still value today, applying clever montages, modular visuals constructed form reusable, repeatable elements, and minimal activity…” – Olia Lialina (2010). “Early Experiments Online,” article published on ‘The Take,’ at Guggenheim.org

The best part about the optical disc or DVD dead drop is that you can walk up to it, pop in a blank DVD and receive artistic content to browse and enjoy on your own time. Imagine if these things became widespread and people started placing them all across the county or the world? DVDs might actually make a modest comeback. Okay, so realistically that will probably never happen, but it is still fun to imagine.

The USB dead drops still exist and have actually started appearing in different forms. Bartholl even left a dead drop with some goodies (pictured below), in a copy of one of his art books at a bookshop in König, called dOCUMENTA Kassel. 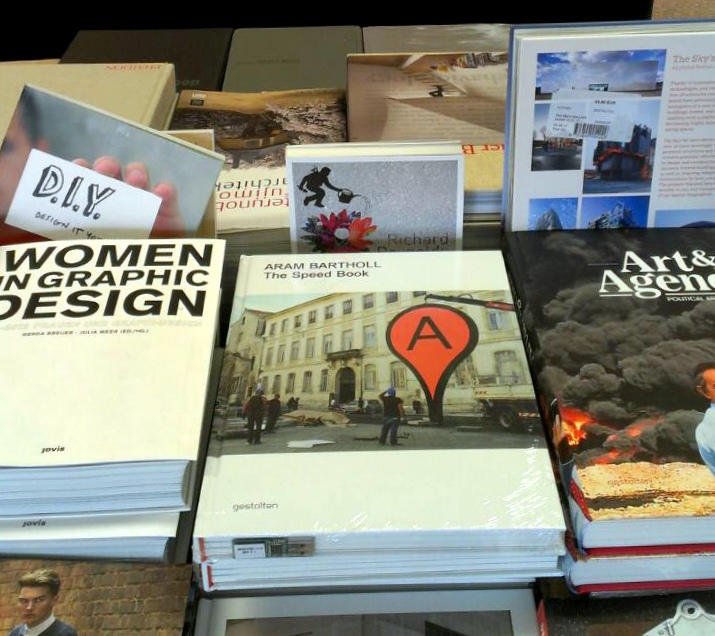 In addition, Bartholl also posted, via his blog, that he created a dead drop specifically for placement on a dog’s collar, and called the project DeadDropDog. 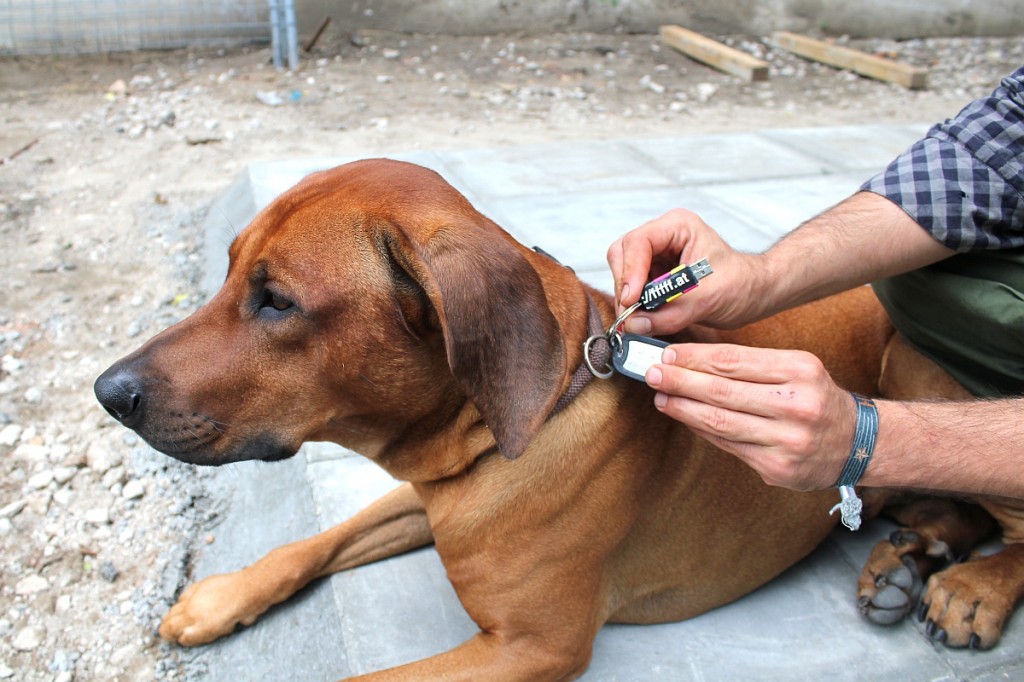 Probably one of the coolest things, found on Bartholl’s blog, is a mini documentary that covers the different types of dead drops he has created. The documentary also features a striking device known as the Pirate box, created by David Dart. 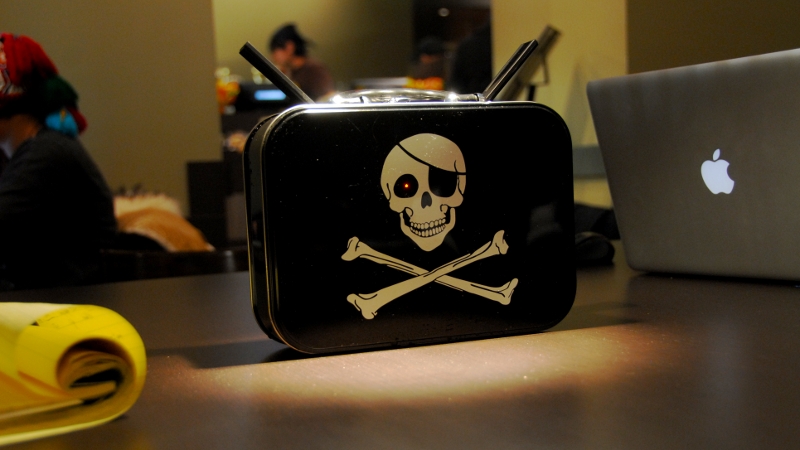 Wait, What is a Pirate Box?

The Pirate box is a do-it-yourself mobile communication system that allows you to change any room into a free and open communications file sharing network. Essentially, you turn on the device and anyone in range can participate in a social communication and data sharing session.

You can actually build and create your very own Pirate box thanks to the DIY guide. There are several different methods for assembling a box that involve using computers, routers, laptops and mobile phones.

If you need more information on the Pirate Box check out David Dart’s wiki.

Back to The Optical Dead Drop

It’s kind of hard to believe that all of the these uber cool tech projects were part of an artsy fartsy person’s art show. I mean come on, think of all the possible uses of a USB dead drop or DVD dead drop! There are so many cool things that can be done with either project, yet they’ve been created for the sole purpose of sharing art publicly. Don’t get the wrong idea here, we’re not saying art projects are a poor basis for designing mediums like this, we’re merely pointing out the fact that these ideas should have come into fruition much earlier. 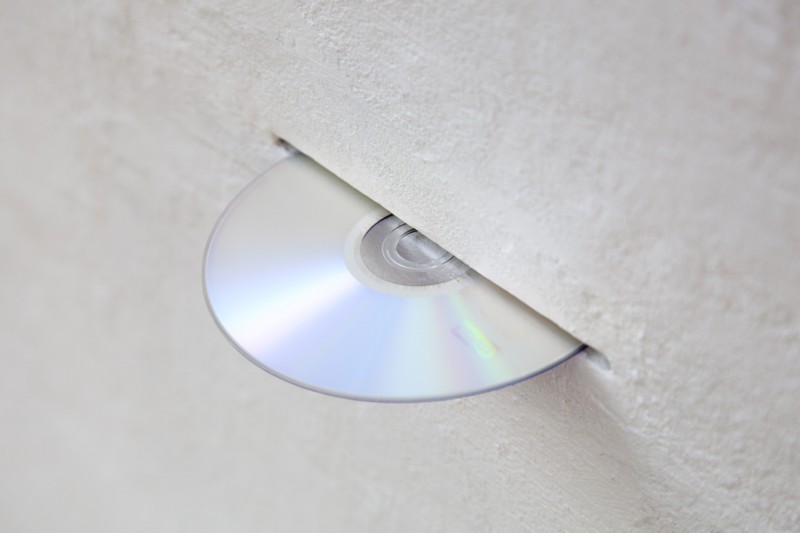 Think about a dead drop at work or school that is updated weekly or monthly with relevant files and data. Students and employees could just show up to the drop, plug a device in and download the necessary files quickly and then continue on their way.

Of course, we recognize that email and other file sharing methods exist which have since made physical transfer seem dated, but it is still an innovative concept.

If you want to check out some more of Aram Bartholl’s ingenious ideas, take a peek at his personal blog. You won’t be disappointed.