Lots of people document their lives, and many of them do it in the public eye. Thanks to YouTube, Facebook, and countless other social networking sites almost everything we do on a daily basis is documented for others to see. This widespread adoption of social media has lead to an almost, daily need to document and photograph every key, and sometimes obscure, happening in our lives.

Now, when we go out and have fun we often feel obligated to take pictures the whole time. Most people hate using cameras, or smartphones, to document events because it causes them to miss out on what is actually happening. If you’re too busy snapping pictures at a concert or family outing, then you certainly do miss out on all the fun.

There is a solution to this problem, though. There is a way for you to record an event with photography, without actually requiring you to take the photos yourself. It has nothing to do with hiring a professional photographer to accompany you either.

Recently we promoted the OMG Autographer, a wearable camera that will record your whole day. The Autographer uses several different sensors to determine the most opportune moments to take photos, and then captures them automatically. Essentially, you can wear the camera around your neck and trust it to document your entire day. The photos captured by the Autographer can later be viewed and edited from a computer, or a mobile smartphone.

There are two serious problems with the Autographer, however. Currently it is only available in the UK, and it is priced at £399. The price puts it out of range for a lot of consumers out there, who are just looking to record their personal lives with a budget friendly tool.

Luckily, a fresh device was just Kickstarted called the Memoto.

The Memoto Has Been Kickstarted 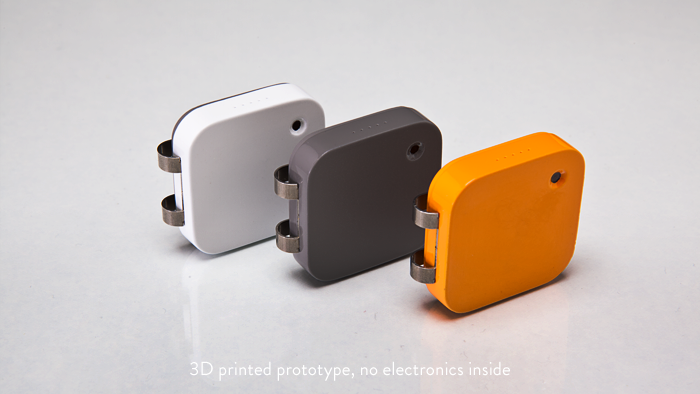 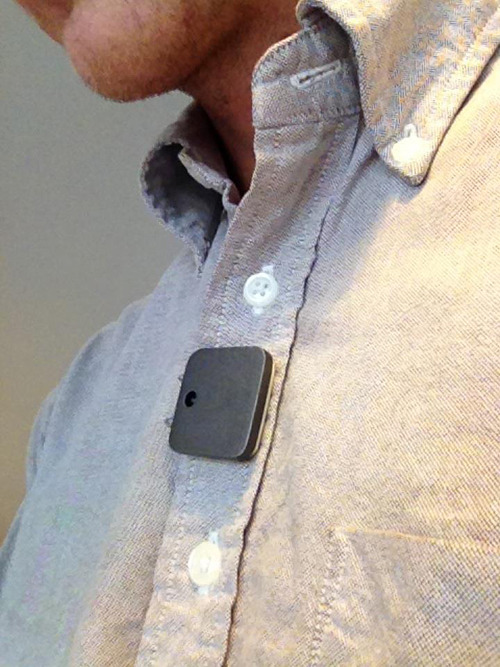 The Memoto Kickstarter campaign launched on October 23, 2012 and has already reached its initial funding target of $50,000. In fact, the goal was met in just under 5 hours, a remarkable feat for any funding campaign. That means the Memoto is actually going to happen! Perhaps even more astonishing, is the fact that the Memoto has already been featured, and endorsed, by Wall Street Journal, the Verge, Wired, TechCrunch and TNW.

You’re probably already asking just what is the Memoto?

Just like the Autographer, the Memoto is a wearable camera that automatically captures photos, geotags them with the relevant location, and uploads to a connected device. The main goal is for the Memoto to upload images to the cloud when plugged into a computer via microUSB, as long as you have an active subscription to the the Memoto service.

The Memoto has no manual shutter control, or any button for that matter. It will automatically start taking photos as soon as you attach it to your clothes or wear it. The camera only shoots 5 megapixel photos, so the images won’t be of the highest quality. The Memoto developers aren’t going for optimum quality though, they’re going for an increased volume. The more pictures that the device is able to capture, translates to more moments that can automatically be documented in your life.

8GB of internal storage will ensure the photos can be stored long enough for you to make it to a computer or alternate device. The Memoto works best when you do have an active subscription to the Memoto cloud storage service, but it won’t be a requirement.

The entire device is compact, with dimensions of the prototype weighing in at 36mm wide x 36mm tall x 9mm deep. As you can see from the sample images, the Memoto is not going to be a sizeable accessory. Given the fact that you’ll be wearing this on your body for extended periods of time, it is a laudable thing that the Memoto is so small.

The non abbreviated list of Memoto features are below: 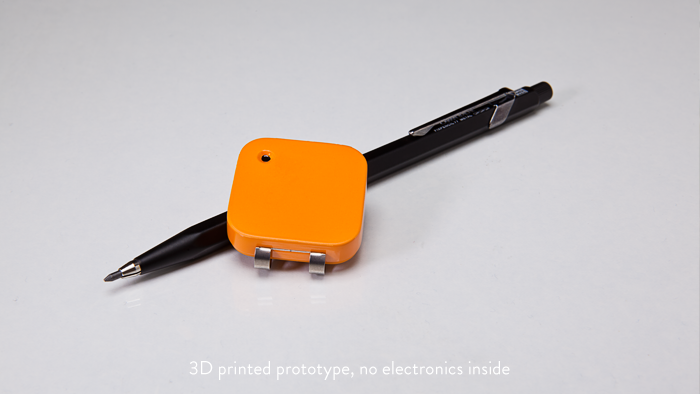 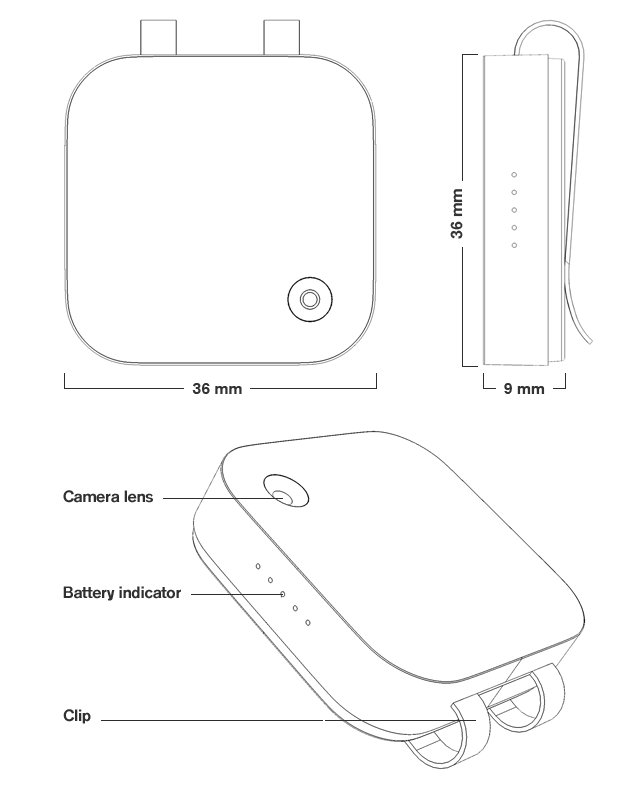 As of the time of this writing, the Memoto Kickstarter campaign still has nearly thirty days left, give or take, until it is completed. When the Memoto finally launches, the planned MSRP is $279. If you need to get a Memoto for a cheaper price, then you still have time to support the device with a pledge of $249, which will also earn you one of the first cameras manufactured. There are only a little over 400 batches left at the $249 price, out of 1000, so hurry up!

At launch, the Memoto camera will be available in three colors: Arctic white, Graphite Gray, and Memoto Orange.

For more information about the Memoto, be sure to visit the official Kickstarter page! We can’t wait to get our hands on one so that we can start lifeblogging!