IDC, a market research firm recently declared Microsoft at number 3 position in the smart phone market. Microsoft has finally managed to pull ahead of the BlackBerry platform. It’s a well known fact that over 90% of all smart phones shipped are either Android or iOS. Coming in third place is more of a symbolic victory than anything else. Microsoft really needs to show some initiative from here if they want to actually have a shot at being a top contender. This is surely a sign that Microsoft needs to get some momentum.

Windows has maintained that they are progressing, albeit at a lesser pace than expected. This kind of slow progress may be expected considering the Android platform took over a year to gain traction in the market. In contrast, Apple’s iOS platform was an instant success, captivating users from the word GO! Windows needs to emerge with a brand new strategy for the future. There are clear signs that this could be time Windows can really make an impact.

All indications seem to be pointing to the fact that Apple may not deliver any new iOS updates anytime soon. This could be welcome news for the Windows platform. There are good 3-4 months in which Microsoft can look to snap up those averse to Android, how many ever there are. Microsoft recognizes the need to come out with an urgent and aggressive marketing strategy. A recent commercial has guests trying to decide which smart phone takes the best pictures. It’s a fully head-on approach akin to what Samsung has been doing over the years.

Apart from a new and improved marketing strategy, Microsoft and associated partners are also looking to add more and more devices and carriers to their platform. One good thing about this strategy is that they are also covering the entire price spectrum in the market with their devices. They have probably taken heart from a demographic which says that there are still hundreds of millions of customers in the U.S alone who are yet to make the switch to the smart phones. People typically prefer to buy prepaid phones than the highly expensive smart phones. Microsoft has scored in this aspect with their budget $150 devices. 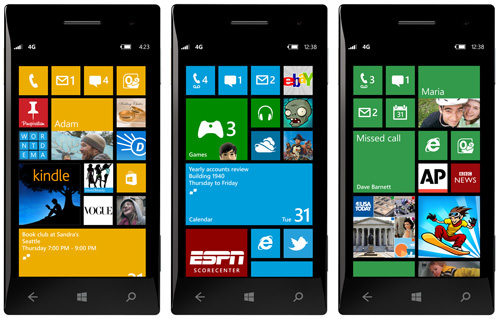 The low budget mobile is a niche device that comes with its own set of problems, the lack of a front facing camera or a flash for instance. But it does fairly well to bridge the entry-level phone gap. It may also help increase Microsoft’s overall market share in the long run. However, what Microsoft really needs at this point is a game changing device. It needs a device like what the iPhone was to Apple, that defines it completely.

There are over a 100,000 apps on the Windows platform, including some highly popular ones. However, some like ‘Infinity Blade’ and ‘Instagram’ are woefully absent. Microsoft is choosing not to comment on the state of Instagram’s development in the future. The biggest coup for the Windows platform, however, would be to get the ‘vine’ app to their platform before Android.