Microsoft has something new and exciting coming soon. That something is the Windows Phone 8, Codename: Apollo. Proceed with caution; this is not your ordinary cell phone. Microsoft has been trying to emerge in the mobile phone market to join the ranks of the two main hitters, Google Android and Apple iOS. However, they have been only mildly successful.

Microsoft still has a large fan base that provides immense support, and these fans have been hanging-on and waiting for Microsoft to shine and emerge as a leader in the cell phone industry. Well, Microsoft has been listening to its large consumer base, and has been working hard to bring to the ever-changing phone market a device that will satisfy its users.

While the latest versions of the Microsoft phones have been somewhat successful, there is still a lot ground to gain in order to satisfy the hungers from the company and the fans. The Windows 7 Phone currently runs on the Mango 7.5 version, and soon Tango for the upcoming 7.6 version. Windows Phone 7 won a few awards with its release. But, according to many critics, it still has not gained enough respect to be listed in the same category as Android or iOS or even on the same spec sheet. Microsoft is hoping to change that perception.

Microsoft Windows Phone 8 Apollo is expected to be released alongside the Windows 8 operating system for the PC. This is not a random coincidence. The two systems are designed to be used in conjunction with each other. Microsoft’s goal is to easily allow you to connect your phone (Windows Phone 8), to your computer (Windows 8), and also to your TV (Xbox and vNext). This will be possible by the integration of tap-to-share functionality.

The forthcoming Windows Phone 8 release is set to include several updates over the previous versions of Windows phones. These new updates are similar to those included in Windows 8. This will allow Microsoft to produce the same user-experience between systems, and also utilize similar code and components. It is all part of Microsoft’s recently announced “Windows Reimagined” campaign. 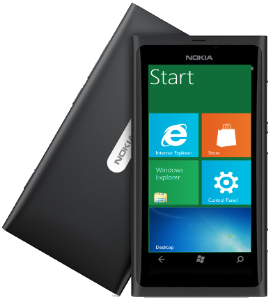 Microsoft was trying to hold the specs of Apollo under tight wraps, but recently some features of the phone have been leaked. These features were supposedly leaked while Microsoft’s Senior Vice President and Windows Phone 8 top dog Joe Belfiore was trying to send some information over to the folks at Nokia.

Whenever something like this happens, which seems to be quite often when new and exciting technological innovations are in the works, it makes me wonder if this “leak” was not a leak at all, but rather an “intentional release” for promotional purposes. But that is a story to be saved for another day. More importantly here are some of the “leaked” features of Apollo:

One of the biggest gripes with the older versions of Microsoft’s phones has been the lack of apps. On the release date of Apollo, Microsoft claims there will be around 100,000 apps available for the Phone 8 Apollo. One huge component allowing this to be possible will be the ability to use apps designed for Windows Phone 7 and the Mango/Tango era on Windows Phone 8, which was not the case for the shift of Windows Mobile 6 to Windows Phone 7. This backwards-compatible feature will be a big selling point for Microsoft.

Microsoft wants to make the ease of use between the user’s various devices simple. This is going to be possible with the Windows Phone 8 through the use of SkyDrive. SkyDrive allows the user to upload and store files, and be able to access those files easily from another compatible device.

For example, let’s say you have 1,000 songs on your Windows 8 desktop. Then you purchase a Windows 8 Phone Apollo. Instantly you will be able to access your song library to host a dance party to celebrate your new purchase, without ever having to sync those song files located on your desktop to your phone. A mobile dance party, anytime, anywhere, instantly. Or, if you are of the more conservative type, you can have a mobile PowerPoint or Excel party, or even get a little frisky, and have a mobile Outlook party! The possibilities are virtually endless.

Another big watching point from fans of Microsoft, and what is sure to be a huge selling point, will be how Microsoft decides to integrate Skype, which Microsoft recently purchased in 2011. It appears that Skype will be available for download as an optional app and will not be built into the phone directly. It also appears that the Skype app will be very user friendly in the Windows Phone. 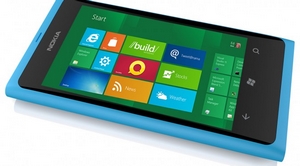 Just as easily as you can make a phone call, you will be able to make a Skype VoIP call, and neither person on either end of the conversation will be able to distinguish the difference. This should be an interesting feature, as cell phone service providers are sure to not be a fan of this option.

The exact release date of Microsoft’s Windows Phone 8 is still unclear. However, it will not be released before the Tango update for Windows 7 is complete, which is stated to go live possibly in the 2nd quarter of 2012. The release of Apollo is also expected to coincide with the release of Windows 8. Some dates currently being tossed around place the release of Windows Phone 8 in the 4th quarter of 2012 or the beginning of 2013. This should give Google and Apple some time to move-over and make room at the top for Microsoft.