With the frequent release of different smartphones in the market, it can sometimes be very frustrating for us to find out that our newly purchased Android phone is lagging behind its recently released counterparts. It becomes very distressing when you realize that the system of your almost new Android mobile seems is slower than the latest versions. Smartphones are expensive devices and if you invest a lot of money in a device that will become obsolete in the coming few months, is it really worth it?

Should you root? There are a number of technical advantages related with the rooting of Android phone, like having access to an entire system of files while having full admin rights, creating a complete backup of everything on your phone, and many more. However, these technical advantages are not what a layman is looking for. This techie stuff if for those smartphone freaks who live by their phones. So here are a few reasons that a common guy (or girl) will look for while rooting their Android phone. However, before you go for rooting, it is important to know that there are risks associated with this process like any other process. A few risks include voiding the warranty of your phone and bricking of your phone. But you need not worry because rooting has a high success rate, so the results are worth taking the risk.

Here are a few reasons to go for rooting:

– Creating a system recovery with total backup: This feature is a great advantage for those who use their phone for storing a lot of content like music, videos, and images. They can rest assured that all their content is safe and secure with the complete back up.

– Taking screenshots: Until the launch of ICS, Android phones did not have the ability to take screenshots. However, Samsung did provide this feature in all its smartphone models. When you root your Android phone, you can get this feature on your phone without having to wait for a new OS upgrade. Screenshots can prove to be very useful sometimes in situations like ticket booking, referring to mails, etc.

– Better life of the battery and more efficient performance: When an Android phone is rooted, clever apps like battery saving applications and efficiency enhancing apps gain access to the CPU of Android and other advanced functions of the phone. After rooting the phone, it is observed that these clever apps are able to do their job very efficiently without any sort of interference. 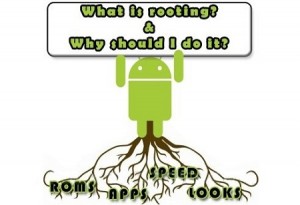 – Bloatware issues: Bloatware is the term used to describe those unnecessary apps that occupy memory on the phone. These apps are usually pre-installed and most of the Android phones do not allow these apps to be removed. Rooting enables you to remove these useless apps and organize your phone just like you want.

– Using apps requiring root: There are a number of apps that are meant for only those phones that have been rooted. Rooting your phone will enable you to use these apps. A few such apps are LEDs Hack, Droidwall, Hexamob Recovery Pro, Root Call Blocker among others.

Rooting or not? It’s your decision. Yes, rooting helps you a lot, but if it is not done correctly, your phone might get bricked. So, take care.