Every once in a while, something non-tech related slithers past our cubby hole and incites a twinge of interest within our souls, like a flame igniting in the dark. We know, it was hard for us to believe we like something outside of the gadget world too, but we digress.

We stumbled upon this blog while procrastinating heavily, because that’s the only way to spend an entire workday.

In honor of the classic Choose Your Own Adventure tales, the “You Chose Wrong” Tumblr combines some of the most horrific moments into a simple blog.

A list of Choose Your Own Adventure tales can be found here, and it mentions almost every book published to date; including some of the most recent releases.

The Choose Your Own Adventure Novels Are Timeless 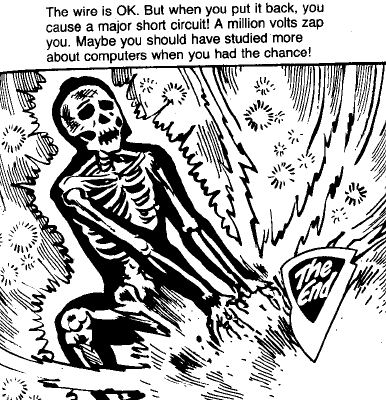 One of the best things to experience while reading a Choose Your Own Adventure book, comes after making a poor decision, in which you are usually brought to a particularly gruesome and untimely demise.

Just in case you’re not familiar with the brand, you began reading a Choose Your Own Adventure book, just as you would a normal novel; except at some point, you would come across a branch in the story and the book would encourage you to make a decision. After making a decision, you follow the instructions to a new portion of the book related to your choice. A Choose Your Own Adventure novel generally had several story branches and some were humorous while others were horrifying. This, of course, is where the genre got its name, because the readers were choosing their own adventure.

Sure, the novels were more like a compact movie on rails, and if you felt so inclined you could cheat your way through, but that didn’t make them any less awesome.

Every bad decision, in a Choose Your Own Adventure book, eventually led to a painstakingly detailed explanation of how your character met his doom.

Like this sample page, for example, which was taken from the You Chose Wrong Tumblr: 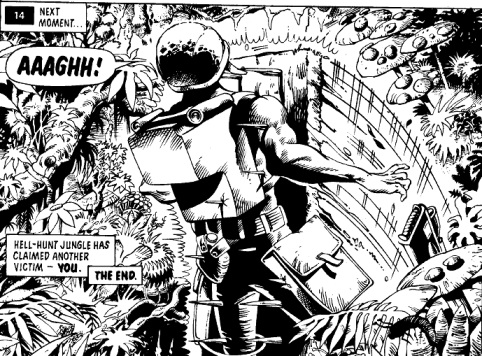 This page was taken from “You are Rogue Trooper in KILLOTHON,” in Diceman #3, published in 1986.

You Chose Wrong, a Tribute to Choose Your Own Adventure Endings

You Chose Wrong bundles some of the top Choose Your Own Adventure endings together for everyone to experience, or revisit. The result is an exceptionally nostalgic, and at times traumatic, expose of horrible character endings.

We recognized a lot of the endings, mainly because we were so adamant about the genre when we were younger, and every one of them holds a special place in our hearts.

We were young history buffs so this next conclusion (below) goes down as one of our personal favorites, it’s fitting for the date it was shared too, Independence day. 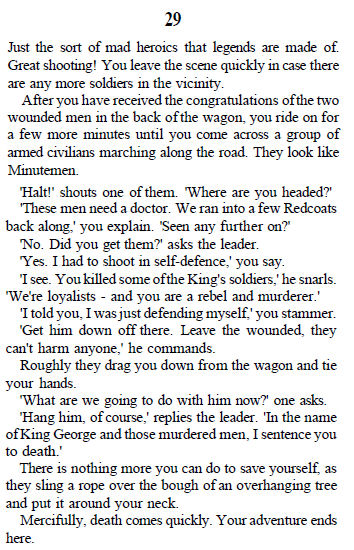 This page was taken from Real Life Gamebooks #6: Redcoats and Minutemen – The American War of Independence, published in 1987.

Visit You Chose Wrong to See Some Untimely Conclusions

The You Chose Wrong Tumblr is currently active and is part of Andrew Weiss’ retro themed Armagideon Time. Be sure to check it out for a reminder of how gruesome, and humorous, the endings of Choose Your Own Adventure tales could be.