Okay, so I’ll personally admit I prefer Android to iOS, as I’m sure it shows in my reporting at times. I’ll also admit that I’m not blind to the problems with the Android platform. The market is fragmented, in that there are too many varying devices with different internal hardware, and there will never be a common Android device. That’s because the Android OS is open source, and there will always be reduced and low-cost devices on the market, which will increase fragmentation of the platform. There are just way too many devices, all with varying levels of hardware and performance specs.

I’m also aware that the Android platform is not for everyone, and it’s certainly not as streamlined as iOS. The average consumer has a desire to be spoon fed and given everything on a silver platter. That’s not an insult, that’s just how it is. Some folks have no appetite for customization nor do they have the penchant to fiddle around with gadgets. They want their device to just, do. That’s perfectly acceptable, there are other markets for those consumers.

I’m not here today to convince anyone to change their personal opinion, nor am I here to discuss sides. Not to mention, iOS fanboys will always disagree with anything I say here. Regardless, I love Android, and I love the extensive customization options that come along with it. I love the satisfaction that comes with actually making something my own. Sure, you may argue that iOS has launcher apps and plenty of third party customization support, but I prefer Android; end of story.

Customize Your Android Device Based on Your Personal Preferences 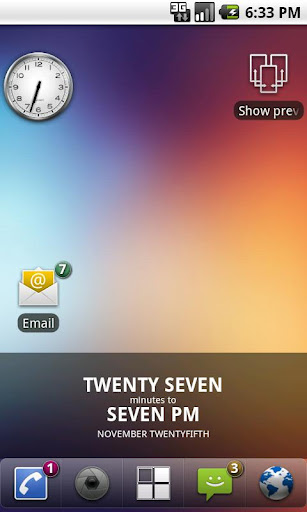 Most phones already come bundled with a customized home screen that is normally a tweaked version of the true Android OS interface. Motorola, HTC and the other phone manufacturers tweak the OS to include their own stylized version. Unfortunately, these manufacturer based OS versions suck in most cases. At times, they can ruin features or modify them so much that they become unusable. Some tweaks, like Motorola’s Motoblur, are just downright horrendous in terms of sensibility.

That’s of no consequence though, because there are tons of home screen launchers available to download from Google Play. These launchers allow you to customize your Android experience with no discernible limits. You can change the layout of the home screens, and what icons appear in the home dock and how they look. You can also customize the app tray, so that you’re not staring at a bland list of apps installed on your phone.

Most launchers allow you to implement a custom designed theme, or give you the option to create your own. If you play around with different launchers and start customizing your phone based on your personal tastes, soon you’ll have a phone that operates differently than anyone else’s.

This is personally, my main reason for choosing Android, I love having the freedom to customize my entire experience. 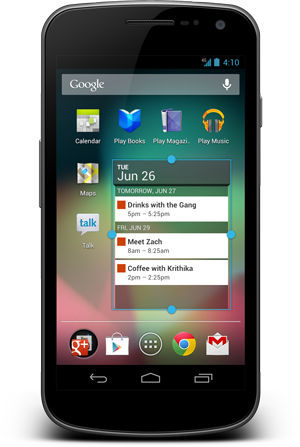 There are already widgets installed on your phone, but as you install more and more apps, a lot of them also come with their own customized widgets.

There are widgets for almost everything, and if you don’t have a widget installed that you like, just search Google Play, there are tons to choose from!

You know that saying, “there’s an app for that?” Well, yeah it’s true, there probably is an app for everything.

There are literally hundreds of apps to choose from, and they all do something different. Download apps you think you might want, install them, and try them out. If it turns out you don’t like the app, just uninstall it, the process is that simple.

We’d recommend picking up the free social media apps like Facebook, Twitter etc. We also recommend checking out third party keyboard apps, some of them improve the typing experience on a touchscreen (we recommend SwiftKey).

Don’t just put apps, widgets, and shortcuts randomly on your home screens, personalize your Android experience. You will be much more effective if your layout is organized with some rhyme and reason.

Keep your games on one home screen, your messaging and weather info on another and your most notable shortcuts on the default screen. You can move faster and more fluidly through your phone and programs if you have everything organized.

Don’t forget to clean out your internet browser cache and Google search cache every so often, because just like a PC, it’s convenient to keep your mobile device clean. 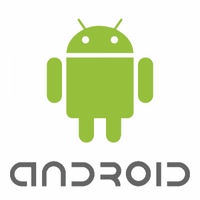 We’ve heard several times lately that mobile devices are being seized by authorities and personal information is being used in ways that it shouldn’t. Fortunately, if you have a passcode or pattern lock on your phone, you do not have to provide the information without an active warrant.

Regardless, you should protect your personal information and data from outside intruders anyways. Do you actually want people reading through your text messages if you forget your phone on a table to go to the bathroom?

Android has a couple integrated security features that allow you to select a gesture pattern or numerical passcode to unlock the phone. Of course, there are a plethora of security and protection apps available via Google Play, if you decide you want something a little more advanced.

Android 4.0 (Ice Cream Sandwich) even includes a facial recognition feature which will unlock the phone after analyzing your physical appearance, but it does require a device with a front facing camera.

Point is, there are numerous options at your fingertips to help you protect your personal information and data from prying eyes.

CHANGE YOUR RINGTONES (Yes the caps are needed)

You can use any MP3 to replace your system notifications, alerts and ringtones. Don’t be lazy, customize your experience. It truly bothers me when I’m out somewhere, and I hear a stranger’s phone go crazy with stock ringtones. Stock ringtones suck, and who wants to listen to those all the time anyways? Certainly not me, and you shouldn’t either.

You can actually set a specific ringtone for each contact on your phone, so that you will know who is calling or texting without turning on the screen. In many cases, this is useful especially when you’re out somewhere. You can ignore texts, calls and alerts from petty contacts.

There are also a ton of apps that allow you to download ringtones, notifications and even wallpaper (for your home screens) if you don’t feel like chopping up the MP3s and sound effects yourself. If you’re looking for such an app, we recommend Zedge.

Get Out There and Personalize, Make Android Your Own

There are plenty of tools to customize the Android platform and dress your device with a more personalized experience. Don’t just leave your phone to sit around with all that unharnessed potential.

You bought a smartphone because you liked all the advanced features it had to offer, so get out there and start taking advantage of those advanced features. You can genuinely make your phone look and sound spectacular. If you customize the Android OS properly, you can even have a much better phone than anything Apple has to offer. That’s not a joke either, most Android devices do have the potential to be better than an iPhone. The problem is, you have to get out there and maximize that potential.

Don’t expect to be spoon fed like the rest of the population, get out there and do what you want, at least when it comes to your Android smartphone. If you have a terrible Android experience, for the most part it’s your own fault, unless of course you just have a shitty device – that can happen too, even with an iPhone.