This article was written by the folks at PrinterInks.

3D printing first came to light around ten years ago but is becoming more and more prevalent as the years go by. 3D printers work by using a fine powder, rather than ink and build up an object layer by layer which has been sent to them by a computer. What capabilities these printers have, and how it will affect manufacturing in the future is mind boggling. Already whole, working bicycles have been produced, along with many little artifacts such as ball bearings and works of art. However, designing items such as these is all well and good but scientists are currently in the process of using 3D printers to develop ideas in the areas of history and medicine and that’s where things get really interesting. Here are our top five uses for 3D printers that could really help and improve our futures.

According to scientists, a bone-like material is currently being created by 3D printers and will hopefully be able to repair injuries in the future. It will be used to hold joints in place as they heal and will simply dissolve in time leaving the bone as good as new. This process could soon help heal a huge range of injuries, some so complex that traditional methods are ineffective.

Also in the medical profession, scientists have recently managed to replicate a human ear using a 3D printer and silicone. Hod Lipson, the director of the Computational Synthesis Laboratory at Cornell University in the US, is researching the use of other chemicals which can be used with the printer other than the usual powder mixture. Lipson and his team hope that in the future body parts will be produced which can carry out real bodily functions taking away the need for human transplants and other methods currently being used.

3D printing is being seen in education more and more these days. Terry Wohlers for Time Compression Technologies says, “Universities and colleges use 3D printers to support design and engineering coursework, but also for other types of disciplines. As more high schools add 3D printers to their programs, colleges and universities will be able to elevate the complexity of the course content they offer and increase research efforts.” Dave White, Advanced Skills Teacher and Head of D&T at Clevedon School, UK has been encouraging his pupils to use 3D printers as much as possible. Dave’s Key Stage 3 to 5 students have designed and made everything from mp3 players to electrical plugs for people with disabilities, to fittings for flat-pack movable kitchen units. “The great thing about the BFB (3D printing) machines is that they are truly affordable, the material costs are low so students can afford to go through the iterative process of design, printing and then refining their ideas.” Source.

This is another area where 3D printers are being used more and more and have been named as the next big thing to help the construction industry. They are used to construct mini models of projects before they are actually built, to replicate buildings with problems so these can be solved by looking at the 3D model and to even construct sections of buildings which can then be added onto the main structure. 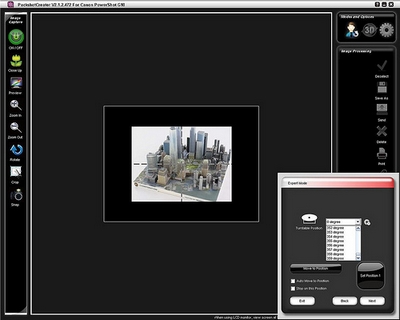 Charles Overy, director of LGM, a 3D and modelling shop says, “Before 3D printing we would manually cut or laser cut sheets of acrylic to produce architectural models. Most architects would use cardboard. With 3D printing you can keep designing until 2 days before your client meeting – as apposed to 2 weeks before, using manual methods.” Source.

Finally, one of the biggest uses of these printers is to produce engineering prototypes quickly and efficiently. In the past it could be a painstaking process to produce new designs, not to mention expensive, only for them to be dismissed or deemed unsuitable. Now, companies can produce prototypes and design examples for pennies and several times a day if needed. Now, engineers are going one step further and are using printers to not only develop the prototype but also the real thing. The Economist has reported that Filton, just outside Bristol, where Britain’s fleet of Concorde supersonic airliners were built, is preparing to print the entire wing of an airliner using a 3D printer. You can’t get much bigger than that!

By using 3D printing for construction and engineering processes, an accurate model can be made in a few hours as opposed to weeks with conventional methods. With prototypes concisely and quickly produced industries are becoming far more efficient, which will hopefully help the economy as a whole, especially in times of financial trouble. Society as a whole could hugely benefit from this new technology from schools, to companies struggling with current production costs to the big guns within the aviation industry, which could in turn drive down costs for consumers. With the failing economy, could 3D printing be the savior which is desperately needed.