Not everyone can afford to purchase the latest tablet, or the next best smartphone.

There is still hope for those consumers who can’t afford a high end device however, as there are plenty of budget computers and tablets out there. We’re certainly not the first to admit it, and we won’t be the last, but unfortunately not all of them are worthy of a purchase.

Luckily Coby recently released a low budget Android 4.0 tablet, the 9.7″ MID9742. Of course, for those who prefer smaller sizes, of a comfortable handheld variety, Coby has also rolled out the 7″ MID7042 tablet. Whatever your poison (okay, maybe that statement is a little too broad), Coby’s got something for you. 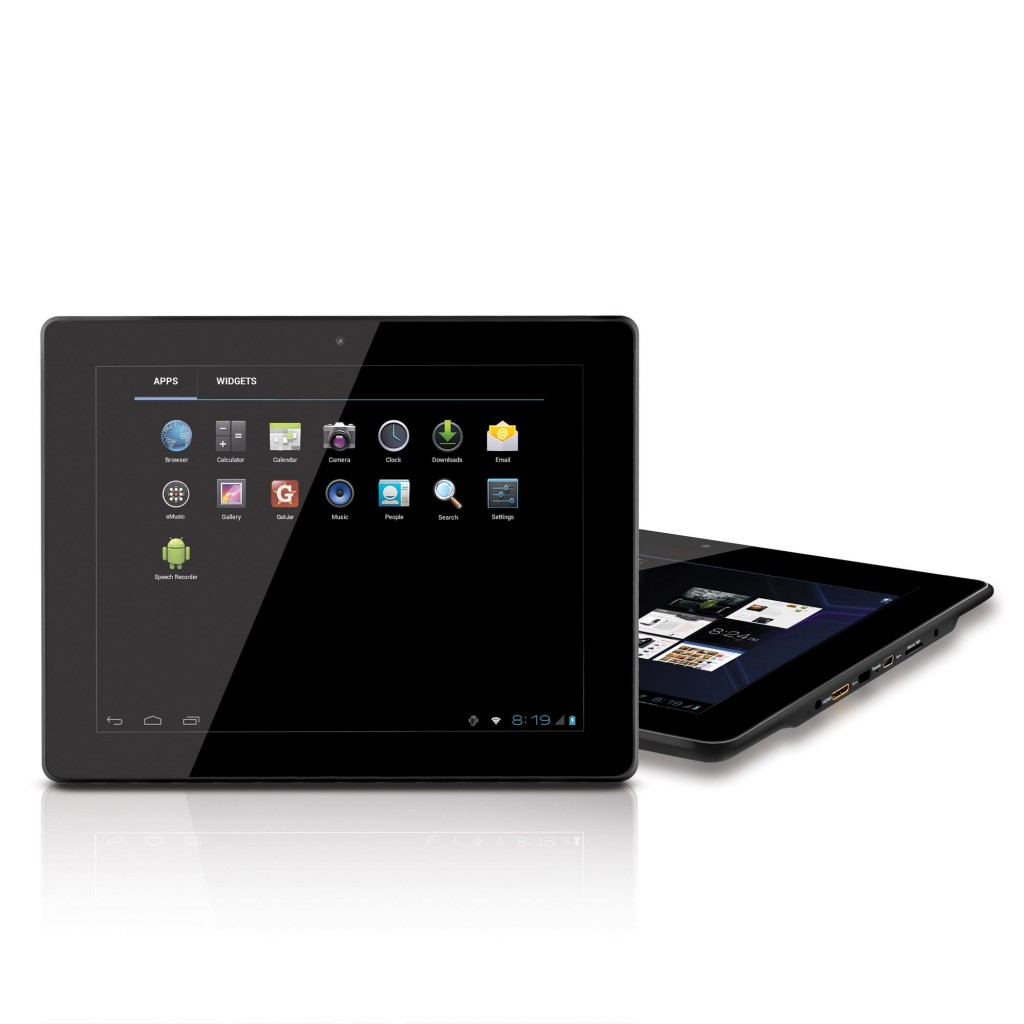 The MID9742 is a 9″ Coby Android 4.0 tablet equipped with a capacitive touchscreen display that supports a maximum resolution of 1024×768. The MID9742 is powered by an Allwinner Cortex A8 processor running at 1GHz, which is backed by 1GB of installed RAM.

If you’re blessed enough to know the latest tech specs of some of the high end tablets, you know that most of them (at least most running newer Android OS versions) are sporting a dual core processor and some kind of integrated GPU. Unfortunately the Coby MID9742 tablet includes neither of those high demand features, but that doesn’t mean it should be ousted just yet.

The selling point of Coby’s 9″ ICS tablet is most certainly the price, which sits at a very affordable $299.

For storage the Coby tablet includes 8GB of internal flash memory with added support for external storage, up to 32GB total, through the microSD card slot. The MID9742 tablet also includes integrated Wi-Fi 802.11 b/g/n, a 3.5mm headphone jack, an integrated microphone, an HDMI output with full 1080p and 720p output, and a front facing .3MP camera or webcam. 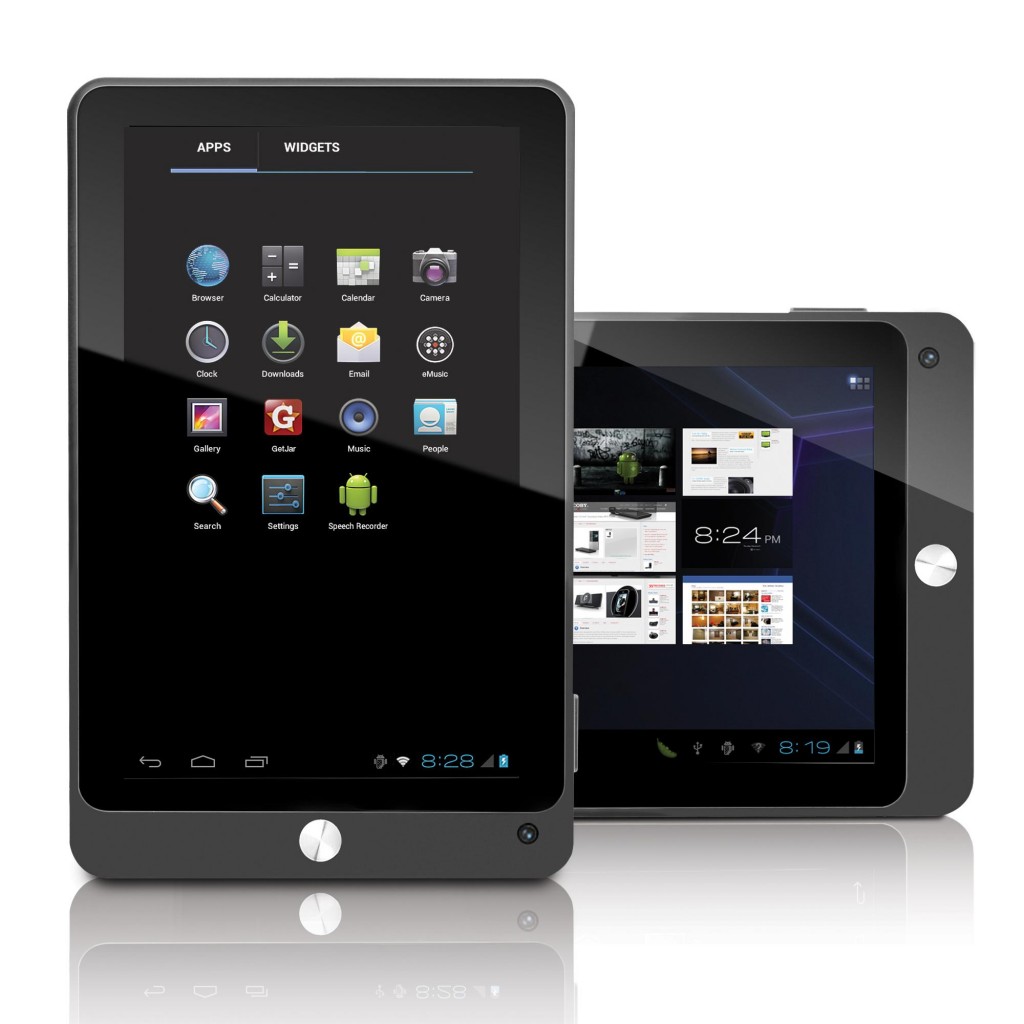 If you prefer your mobile devices, or more specifically your tablets, to be a little smaller there’s also the 7″ Coby MID7042 tablet.

The Coby MID7042 tablet features the same 1GHz Cortex A8 processor as its bigger sibling as well as the same installed 1GB RAM capacity. The 7″ capacitive touchscreen however is different with a widescreen aspect ratio of 16:9 (as opposed to the MID9742’s 4:3 ratio) and a maximum supported resolution of 800×480 (WVGA).

The same exact features of the MID9742 are included in the MID7042 such as the integrated mic, HDMI output, front facing camera and more. The only other major difference besides the size and screen, is the internal storage capacity which is only 4GB as opposed to the MID9742’s 8GB.

The best part about the MID7042 Coby Android 4.o tablet, and we really mean this is the best part, is the price tag of $179.

As with any budget product, certain features which are usually standard in higher end models are omitted from low end models – it’s how manufacturers keep the price low. So naturally, consumers who purchase the Coby tablets are sacrificing a few features which could otherwise be had if they’d decided to purchase a high end tablet.

As we’ve already mentioned, both Coby tablets sport a single core processor, as opposed to the industry standard dual core processor, which is currently featured in most high end tablets.

But the Coby tablets also lose gusto when comparing screens and resolutions. Most folks won’t really care that neither of Coby’s tablets produce a true high-def resolution as far as the screen is concerned – but to be quite honest a lot of tablets currently on the market don’t. The original iPad for example only featured a 1024×768 maximum resolution. This lack of high-def support is not related to the HDMI output signal which actually does support a high definition broadcast to a connected television – the HDMI signal is a completely different feature than the tablet screen.

The biggest sacrifice on this list is the fact that neither of the Coby Android 4.0 tablets come with the Android market pre-installed, or what’s now known as Google Play. Instead, both tablets include the Getjar market which Coby touts as family friendly. Getjar does have one rather charming feature, every application in the catalog is free which means there are no added costs.

Last, but certainly not least, on the list of sacrifices is the front facing facing camera resolution, which at .3MP is very, very low when compared to higher end tablets. Realistically, a lot of consumers are not going to use their tablet for taking a lot of pictures- so the camera on the Coby tablets is perfect for those quick spur of the moment snapshots. The camera is not going to take professional grade shots however, and it’s very important to keep that in mind.

The Coby Android 4.0 Tablets Are Still Worth a Purchase

Despite the list of sacrifices that are meant to keep the Coby tablets at a low cost, they do include a decent list of features. In fact, if you’re looking for something on the cheaper end of the Android tablet spectrum, there is no reason NOT to buy these tablets.

The Coby MID9742 and MID7042 are great tablets for the price. However if you’re the type of person looking for a device that can stack up against some of the high end tablets out there, we’d suggest staying away from the budget price point for now – the best option would be to shop around for an older iPad model, or earlier Android tablet.

Readers may also be interested in checking out some of the best Android tablet alternatives to the iPad 2, and the top 7 tablet PC picks for the 2011 Holiday season.

The cheapest place we found to purchase a Coby tablet is Amazon. You can get the Coby MID9742 Tablet for as low as $270.80

(at the time of writing). If you already have one, feel free to give us your feedback by posting a comment below!