Apple held their 2012 keynote in San Francisco this morning, where they officially unveiled the new iPad (previously known as the iPad 3) to the press. After a very long period of rumors and leaked information about the latest version (it’s been months now since the first rumors surfaced), we can finally put all mysteries to rest since the new iPad has been officially revealed.

Since the iPad is so well known, it’s almost detrimental to cover features of past models so instead we’ll just go over what the new version will include.

Obviously the new iPad has a plethora of enhancements and upgrades which make it worthy of the new “iPad” title. Yes, for those of you wondering, the new model of the iPad is simply called the “iPad” – there are no other monikers involved. The new name which Apple has given the iPad is slightly awkward yes, but we figure it’s similar to musical artists and bands who self-title albums that mean signature projects. Apparently Apple believes this is THE iPad to define all iPads, for lack of a better phrase.

– High-Definition Retina Display
The display is by far the highest definition ever seen on a tablet, at 2048 by 1536 pixels, or over 3.1 million pixels. According to Apple, existing apps will look great, and developers will be able to take advantage of the extra processing power.

– Design & Weight
The design is quite similar to the iPad 2. The new iPad is 662g, which is 61g heavier than the previous version. Most of you will not notice the extra 0.8mm, unless you have a skinny case.

– New Processor
The new iPad features the new Apple A5X processor with quad-core graphics, which is said to be 4 times faster than the nVidia Tegra 3. This is serious competition for upcoming Android tablets.

– iWorks & iLife Apps
The iWork and iLife apps have been updated. They cost the same to purchase, but it is free to upgrade.

– New iPhoto App
iPhoto is a replacement for existing photo apps. It offers new ways to edit with multi-touching, high quality effects and more. iPhoto is also very good for everyday use, with great new browsing.

– iSight Camera
There is a FaceTime camera on the front. It is capable of HD video recording at 1080 pixels, with video stabilization, auto face detection and auto focus lock.

The Apple iPad will be powered by a dual core Apple A5X processor (at the very least 1GHz), which will be complimented by a revolutionary quad core GPU that has yet to be determined, but is likely a PowerVR SGX MP4+ module akin to what can be seen in the Sony PS Vita.

There is no word yet as to how much installed RAM the iPad will include, but seeing as the iPad 2 had 512 megabytes it’s likely the iPad will either have the same amount, or an upgraded 1 gigabyte capacity.

Probably the biggest upgrade is the inclusion of the 2048×1536 capable 9.7″ retina display, which has a rated pixel density of 264ppi – the rating basically means that there’s no distinguishing individual pixels while the iPad is held at a 10″ distance from the user’s eyes. As Apple says the retina display is “resolutionary,” and we say, indeed. The new iPad resolution is one of the highest used in any mobile device, in fact it’s higher than what’s supported in most modern HDTVs and computer monitors.

The higher resolution will also be used to playback the full 1080p HD videos which can be filmed using the rear camera. The rear iPad camera is the same model as the one included in the iPhone 4S; not surprisingly dubbed the iSight by Apple, it features auto-exposure, auto-focus, and a 5 megapixel backside-illuminated sensor. Of course the new iPad also includes an integrated front facing camera which supports a maximum VGA resolution of 640×480.

There will be Wi-Fi only models available, but the new iPad will also support 4G LTE network speeds (AT&T, Verizon) in addition to the 3G, HSPA+, and DC-HSPA support. As with previous models, the new iPad will be available in a 16, 32, and 64 gigabyte version with prices reflecting the increased storage capacity. All the standard features from previous models have carried over into the new iPad as well such as the GPS support, integrated accelerometer, the universal 30 pin output/input, a 3.5mm headphone jack, and of course the iOS operating system. The new iPad also includes an integrated 42.5 watt lithium polymer battery that has a rated life of up to 10 hours of continuous use while using Wi-FI and 3G and 9 hours of continuous use while using 4G.

Of course all of Apple’s stock applications and software will be tailored specially to match the newer, and higher, screen resolution. Apple is also encouraging third party developers to update their software as well, which will likely happen with most, but not all, applications currently available. 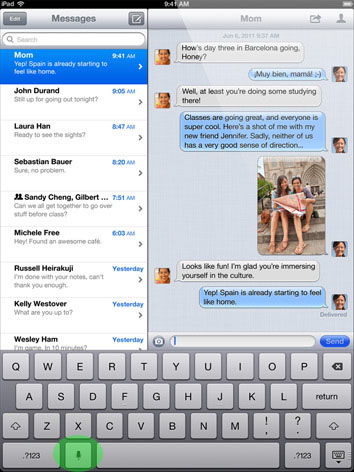 Thanks to the success of Apple’s Siri, voice activation software on the iPhone 4S, users can expect to see voice features implemented further in the new iPad. In fact Apple has now completely integrated voice support into the iPad’s basic use; there’s now a dedicated microphone button on the virtual keyboard (which can be seen in the image to the left). The new mic button will allow users to take advantage of a unique voice dictation feature which is available in several languages. It’s not exactly the same as Siri, nor does it necessarily serve the same purpose but it’s likely Apple will expand the voice dictation on the new iPad in the future with software updates.

During the keynote Apple also demoed the introduction of iOS 5.1 (available now), which introduces a plethora of new features that can be taken advantage of on the new iPad. The new features include Japanese language support for Siri, the option to delete photos from Photo Stream, a new camera shortcut directly accessible via the lock screen, improved face detection features for the camera, a completely redesigned stock camera application, integrated Apple Genius mixes and Genius playlists for iTunes Match, and hotspot functionality for the iPad. 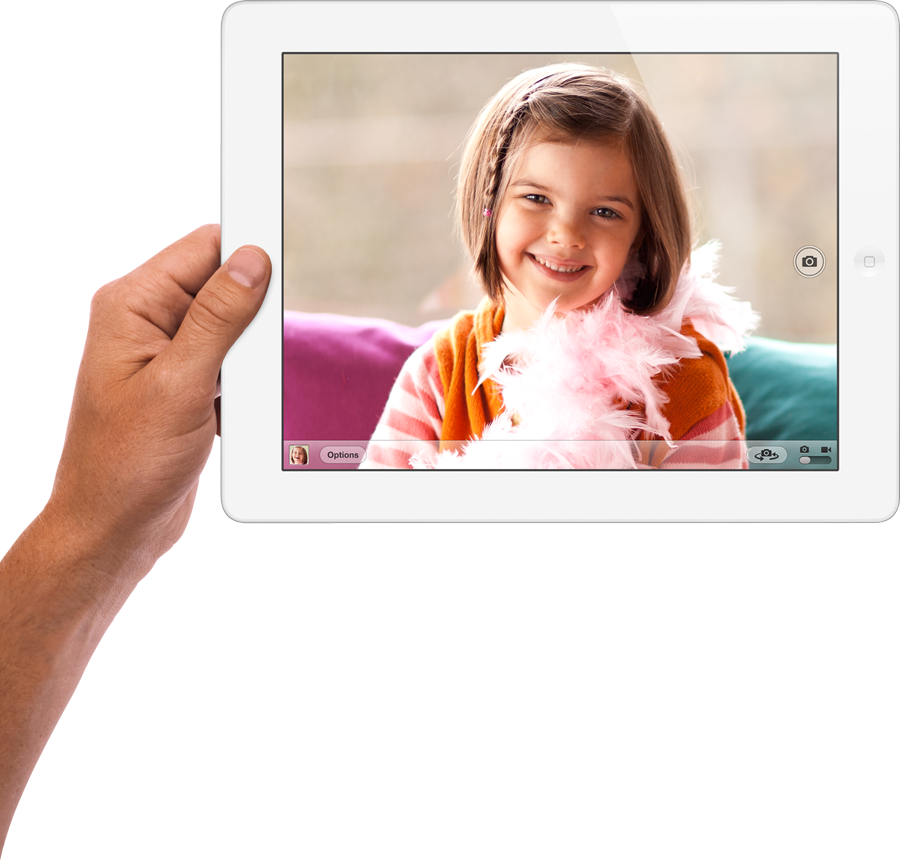 Apple also demoed original software called iPhoto which is available for the iPhone, and the iPad for $4.99. Apple iPhoto introduces multitouch photo editing support, which can be performed directly via an iPhone or iPad. The iPhoto software includes several photo effects and image tweaks which can be used to enhance or alter personal photos. The iPhoto app also includes a unique journal creation feature which allows users to create personalized scrapbooks from images, and then share them directly via social media networks like Facebook, iCloud and Flickr. Users of the new iPad will benefit from the higher screen resolution and larger screen size when compared to iPhone users.

What better way to kick off the release of a new iPad, than to introduce more advanced photo editing software that can be taken advantage of directly on the device? We’re looking forward to trying out iPhoto on our new iPad. 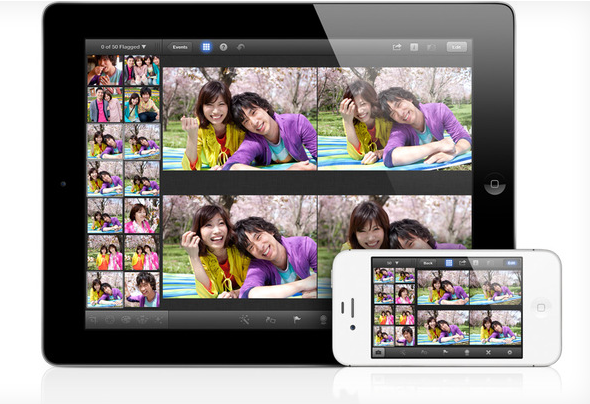 Apple has confirmed the price for each of the new iPad versions, starting at $499 for the 16GB Wi-Fi only model and $629 for the 16GB 4G capable model; users can expect to tack on an extra $100 and $200 respectively for the higher capacity models.

The New iPad Models and Prices