Every once in a while we will find ourselves browsing YouTube, checking out funny videos, and we end up crossing an invisible line. The line can be hard to discern at first, and by the time we realize we’ve crossed it, it can already be too late.

The invisible line is that point that signifies what is commonly acceptable in the world of morality and what is just freakin’ nuts. Folks often refer to this alternate reality of YouTube as “the weird part” and the nickname is certainly justifiable.

We’re about to explore the weird part of YouTube. Regardless of how weird things can get on the internet, or YouTube, there’s a chance that the weirdest videos out there will make us chuckle like merry little schoolgirls. 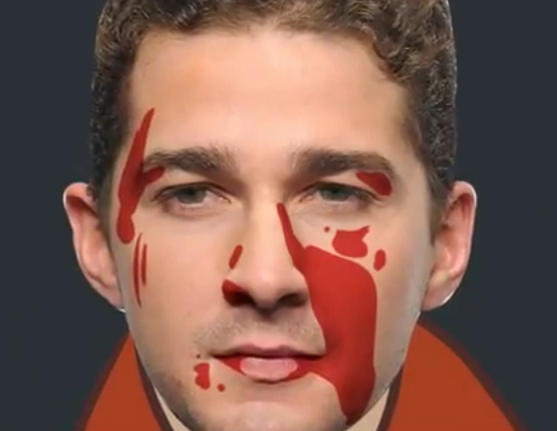 We’ve been inspired to make our audience giggle like schoolgirls, and to do that, we’re going to subject you to a few videos we found on YouTube that were slightly off, yet still funny.

Keep in mind when we say “slightly off”, we actually mean these videos are off the deep end.

Everyone deserves a laugh, even you, so we’ve compiled a list of some of the weirdest, but still slightly silly, videos we’ve come across while browsing YouTube.

This video did make us giggle and sneer, because of the strange video segments and odd scenes that randomly tend to pop in for a moment and make you wonder what it is that you just saw.

There’s no doubt that this video may creep some folks out, because honestly, it creeped us the hell out too. The good news is that we can actually sit through our next session with our psychiatrist and get our money’s worth.

This one is, well… just watch it. Please keep in mind that Kathy Bates warned us about this in the Waterboy, “Ninja Turtles are the devil!”

There’s not much to say about this one, besides commending this supremely talented, and particularly special, man for his uber-grooves. Man, this old guy gets down to some Zeppelin.

The “Don’t Try This at Home” Ceiling Fan Trick

Do we actually have to say it folks?

Okay then, please DO NOT try this at home because, as you can see from the video, it’s a pretty stupid move. We are of course assuming that you like being able to hear, better than this guy.

What is a Donkey, Punch?

This video takes a little bit of logic to piece together. It might prove difficult, for some folks, to make the connection between “What is a Donkey,” and why this video is so funny. This haplessly, clueless man was so bursting to announce his answer, and mean ol’ Trebek shot him down.

Now that we’ve gotten the weirdest videos out of the way we’ll move in to more hilarious territory. Here are the top five funniest YouTube videos that are still, slightly awkward.

Ron Burgundy can’t be allowed to have all of the fun on set! These anchorwomen are here to show Burgundy a thing or two about comedy.

Let us warn you though, it’s a sausage fest!

Maybe it’s the beat to the song, or maybe it’s the insane lyrics, but one thing is for certain, this video cracks us up every time we watch. Sure, it means we have a dark sense of humor, but it also means we can take a joke. We’re counting on the fact that you can take a joke as well; otherwise this list might start to get a little bit… well, exhausting (if it hasn’t already).

This video may be crossing a few moral lines, but we don’t care, because it’s funny. It’s so dark, so disturbing and so hilariously presented that we had to include it on the list.

Hopefully we can find a fallout shelter to hide in before we get pelted with emails about women’s rights. No, we’re not trying to be funny with that last statement, we’re genuinely scared of women’s rights advocates. They can be dangerous (not all of them)!

Songify This: Can’t Hug Every Cat

This video is so insanely cute, that it makes our whiskers fret. It also causes us to giggle like schoolgirls, which if you can remember correctly, was the whole point of this list.

Oh you sweet, eHarmony girl, we do hope you find your knight in shining armor, and maybe a cat or two to hug along the way.

Modern Politics, And Some Gas

Your family may have some unpleasant gas from time to time (God knows ours does), but there’s no way that they can top this hippo’s propensity for sharting. This hippo gives new meaning to the word, “sharting”.

YouTube Offers a Wide Expanse of Hilarity, If You Can Traverse it

It’s no secret that we missed a few YouTube videos. The world of YouTube is vast, and there are always new clips, segments and home videos that prove to be more hilarious than anything else ever released. Please feel free to share your favorite YouTube clips in the comments section below, and if you think something we’ve included isn’t funny, feel free to let us know that too. Although, if you’re part of the Chris Brown fan club, please stay away.

If you thought these videos were funny, you might also enjoy 10 Awesome Real Life Recreations of Video Games.