Introduction: Most Anticipated Games of 2012

Thanks to an awesome collection of gaming titles due to be released on a variety of different platforms throughout the year, 2012 definitely promises to be one of the best for gamers all around the world.

Whether you are a fan of action, adventure, RPG, RTS, puzzle, or a combination of different genres, there is a game coming up for you. 2012 also promises to be a good year for sequels, so fans of gaming franchises are in for a pleasant surprise.

The list of most anticipated games of 2012 doesn’t exactly follow any particular order because of the sheer variety of games included but feel free to let us know what you think.

Blizzard seems to have finally got some time on its hand to get set on releasing Diablo 3. The game will be set in the same universe and will feature a number of enhancements. The new game will feature five character classes: Monk, Witch doctor, demon hunter, barbarian and wizard. Players will be able to use alternative genders (the previous games had a fixed gender for each class). In addition, it will include a new single-player campaign that will require a continuous connection to Battle.net’s servers. Hard core fans will also be happy to note that the new game will feature an in-game auction house that allows players to buy virtual items with real money. Seems like Blizzard has learned a lot from WoW. 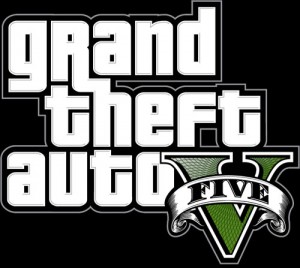 Grand Theft Auto has been one of the most successful sequels in recent times so it is exciting to know that Rockstar will be launching another sequel this year. Unfortunately, not much is known about the game’s core mechanics. However, rumours suggest that GTA 5 will be featured in the fictional metropolis of Los Santos (modelled on the real world Los Angeles). In addition, it is also said to feature multiple protagonists and the usual audio-visual enhancements.

Just after Spartan 117 saved the galaxy from the greatest threat to humanity, he is being thrust right back into action in the first of yet another trilogy. For fans of the Halo universe, this is definitely amongst the most anticipated games of 2012. Thanks to expansive and stunning plot, we can expect a very interesting story wrapped within the stunning first-person action shooter mechanics that made us fall in love with the first Halo trilogy. While most of it is wrapped in mystery, a teaser trailer suggests that there will be some interesting design changes, so let us wait and see. Other rumours suggest that the game will feature a number of new weapons, vehicles and a mysterious combination of hostile forces. 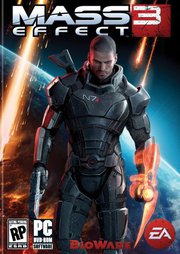 This game probably leads the list of anticipated games for fans of Mass Effect. It will be the final game of the Mass Effect series and will build on plot developed in the previous games. As one of the best futuristic RPG action games in recent years, we can expect nothing but the best from the final instalment. The enhancements will include a set of new minigames, branching skill trees, and a new “Galaxy at War” multiplayer co-op mode. However, best thing about the series is the customised plot that players would have developed throughout the course of the previous games. Accordingly, Mass Effect 3 will complete the plot and account for all the decisions made thus far, which means players will be able to end the series with a unique gaming experience. 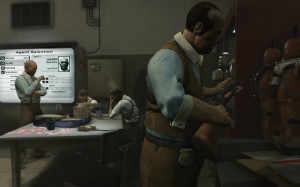 This game is actually a reboot of the turn-based strategy game X-COM. Unlike the original, this will be a first-person shooter and while many fans of any series would be sceptical of such an extraordinary transformation, keep in mind that the game in question is being developed by 2K Marin, which also created BioShock 2. The game will be set in the early 1960’s, where players will assume the role of FBI agent William Carter, with the objective of destroying hostile aliens.

As a sequel to Borderlands, it will build on the stunning elements that made the original so popular. Apart from the original sci-fi shooter system and beautiful visuals, the game will feature four new heroes, enhanced weapons and a stunning plot to unravel. 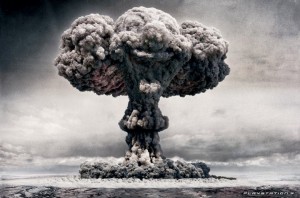 If you are a fan of insane vehicular combat, bizarre outfits and thrilling fun, then this ought to be one of your most anticipated games of 2012. The game promises to include a number of weapons and vehicles that make blowing each other up easier than ever before. In addition, it will also feature a number of multiplayer options (4-player split screen, 16-player online).

If you are expecting standard multiplayer modes, then thankfully you are in for a pleasant surprise; every map will feature insane combat and extremely challenging objectives to win. 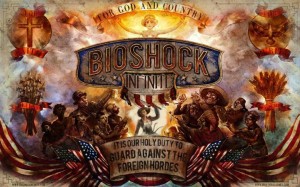 BioShock managed to thrill gamers with a captivating plot and fantastic gameplay. The latest instalment will faithfully build on this tradition and deliver an amazing first-person shooter game set within an amazing dystopian city called Columbia. Players will get the chance to explore the environment with the objective of rescuing a woman named Elizabeth, who has been held captive there for at-least 12 years. In the process, expect to be bombarded by a variety of moral and emotional decisions, as you plunge yourself into a city at war with itself.

If you were fortunate enough to play Max Payne 2 then you probably had the benefit of experiencing some fantastic gameplay mechanics and a rather dark plot revolving around a flawed hero.

Therefore, it is nice to note that another installment is on the way, which will feature an older version of the eponymous hero battling it out in a variety of different locations from New York to Sao Paulo. Unfortunately, at this point that is all we know. However, we can expect some stunning cinematic performances and mind-blowing combat scenarios. 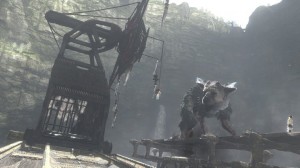 The Last Guardian, developed by Team Ico, is a thrilling third-person adventure game. Similar to the enchanting visual and gameplay features of Ico and Shadow of the Colossus, this game will feature a combination of puzzles and dynamic combat scenes. Another wonderful thing about the game is the amazing environment that makes it so beautiful and thrilling to explore.

StarCraft II: Heart of the Swarm

This will be second instalment in the StarCraft II trilogy easily one of the most anticipated games for RTS fans. In this, game players will play as the Zerg, the primary antagonist of the series. In addition, it will also feature a new stand-alone campaign, new units, enhanced weapons and combat systems, and serious changes to the game’s multiplayer system.

It is finally time to reassume the role Agent 47, as you embark on a number of thrilling missions featuring intense combat, challenging puzzles and a dark plot. The new game will feature a number of enhanced features and a more challenging gameplay. For instance, players will have to avoid any unnecessary casualties, exercise stealth and reach all the objectives to get a perfect score. Every level becomes a tactical challenge that will require players to effectively breach multiple layers of security without being detected. A number of new features will include a sophisticated trap system, a new instinct mode and an online gameplay system.

World of Warcraft: Mists of Pandaria

This is certainly amongst the most anticipated games for MMORPG fans. WoW has managed to dominate the genre thanks to a number of exciting expansion packs and a legion of devoted fans. However, recently it has come under a lot of pressure to inject some fresh energy into the game and thankfully, that moment has come. The fourth expansion pack will include a new class: the Pandaren, which is a neutral race that players can either choose to play as the Horde or Alliance. The game will also introduce a new level cap of 90. While not exactly revolutionary, by all accounts it will be amazing addition to an already stunning series. The latest instalment in the series will revolve around Raiden, and the way he became a cybernetic swordsman after the events of Metal Gear Solid 2. The stealth-action game will feature plenty melee combat, stunning action and awe-inspiring audio-visual systems , easily making this the best game of the series thus far.

Yet another one of my personal favourites, Future Soldier will be set in the near future, where Russia is at war with its neighbours. The third-person shooter game will feature a 4-man Ghost team, each with different capabilities. The game will seek to be as realistic as possible and the developers will be featuring a number of weapon systems that are currently being tested or in development in the real world. Hence, players will be able to deploy a number of amazing weapons and combine different tactics to accomplish missions.

The Most Anticipated Games of 2012: Your Thoughts

Let us know what you think about the Most Anticipated Games of 2012 and in the meanwhile, take a look at the Best Games of 2011.