The Windows Surface was launched in October last year. The earlier release saw the surface comes with the RT version of Windows 8. It opened to mixed reviews. The general opinion of most early-adopters was that RT, although ground-breaking, was not entirely impressive. The RT had a critical set-back which was nullifying their possible reach. The RT did not have native windows apps. This was very deterring for the Windows loyalists.

To answer all those clamoring for a more powerful machine, Microsoft has announced the Windows 8 Pro version of the Microsoft surface which is set to go live in February. Although Microsoft has specified that this version will be initially available only in Canada and the U.S., there will be two capacities for the Windows Surface Pro a 64GB version for $899 and a 128GB version for $999. The magnetic touch type keyboard cover is no longer forced but an optional accessory.

The Windows Surface Pro also looks to get a few other special accessories. The Windows Surface Pro is a device that is more suited for productivity than the windows RT version. This has led MS to offer a few special accessories like a separate keyboard cover and a stylized mouse as optional attachments. The cosmetically designed accessories match the surface aptly and are available for an additional $69.95 only. Also Microsoft looks to offer the older RT versions as well without the touch type covers, which will bring down their price by a fair margin.

Microsoft will also be looking to expand its existing customer base. Currently the windows surface RT’s availability is limited to a few countries like US, UK, Canada, Australia, France, China, Hong Kong and Germany. Microsoft hopes to double this existing user base at the very minimum.

Hands-on, the Windows Surface Pro is a much more appealing option than the RT. The RT has been found lacking in terms of support to native windows apps and the app store. Also the RT is not a great hit with people who require productivity from their machines. The Windows Surface Pro is just about half a pound heavier than the RT, but is a much more logical option for a precise use scenario. The tablet puts up in a workstation usually but can be detached from the docking station pretty easily for routine portability. 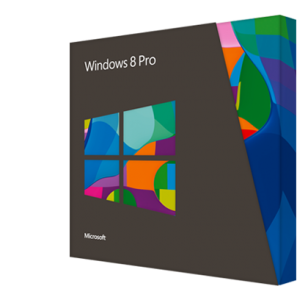 The portability factor notwithstanding, the Windows Surface Pro is lacking in terms of battery life. The pro with its higher computing capabilities only lasts for about 4 hours which is nearly half of the battery life estimated for the RT. This could be a possible concern in the long run. But the productivity with portability concept alone is enough to boost the Windows Surface Pro sales.