Since the time of the first Apple iPhone, analysts have repeatedly predicted the possibility of a budget iPhone. Prepaid and developing markets will completely open up with a device of lower cost. It is fairly apparent why this voice has gained pace over time -Apple entering this market would open up a potential hundred million brand new customers. In spite of all this the budget iPhone is a “siren song” as there are significant negative effects in the scenario in which Apple fails to create an impression with these devices.

Investor firms and industry analysts purportedly see low-cost iPhones reaching production in times to come. The successes of the iPad mini and sudden surge in demand for the iPhone 4 are all supposed indications that Apple may venture into the budget phone direction in near future. This analysis comes amidst a few critically well placed statements from some Apple executives. Apple CEO Tim Cook even hinted that the company has a specific game-plan in place for the prepaid phone market. Despite catering to high-end smart phone customers, Apple doesn’t want to cede any potential market.

Recent rumors strongly hint that Apple is going low-cost. Reports from sources in the supply-chain industry hint at a possible plastic bodied iPhone designed on the lines of the present iPod touch. This has been corroborated by more reliable sources from the blogosphere. A cheaper iPhone is a highly tantalizing concept for everyone involved.

Apple’s concern had never been on beating the competitors pricing. Time and again, Apple’s chief concern has been delivering an uncompromising user experience. If such an experience can be replicated at a lower budget, it’s a win-win for everyone and Apple has a whole new market opening up. Apple would only be happy to market such a product for the prepaid mobile market. 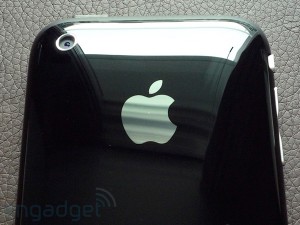 The iPad mini indicates that Apple is surely playing the waiting game with the consumers in order to deliver a reputable product. A budget iPhone makes striking this balance all the more important. Apple needs to maintain its age-old reputation of a consumer pleasing mobile platform, failing which, it would be slotted in the already large pool of “good enough” budget devices from competing mobile manufacturers. This can only serve to undermine the aesthetic value of the Apple brand. It is a path that needs to be treaded carefully; embracing the pre-paid user market shouldn’t undermine the Apple brand in any way.

Analysts love to glorify the budget iPhone because the possibilities are immense and simply because such a product is easily attainable. Apple is rightfully wary because the Apple brand has generally enjoyed customer support at a higher end marketplace. ZTE and Huawei are proof of the problems faced by budget brands to enter the premium segments. It’s a point of consumer perception and you do all you can to keep them happy. It is a long marketing struggle to promote premium brands coming from a budget device maker. If Apple chooses to foray into the prepaid market, then it will need to step lightly and intelligently to avoid getting lost in the din of mediocrity.