The mobile gaming market is dominated by only a handful of devices, unless you start counting most recent smartphones as gaming devices. The gaming devices we’re talking about actually come with controls, specifically analog sticks for movement and navigation input.

There’s a new contender coming to town from Archos, the same company that introduced the Arnova Child Pad, and the 101 XS recently. The new contender in the portable console market is called the Archos Gamepad. 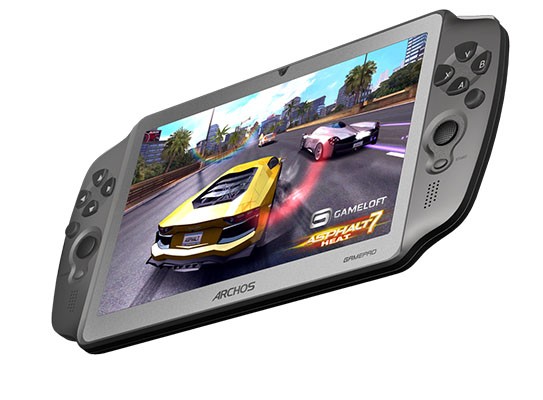 The Archos Gamepad is essentially a 7 inch tablet equipped with physical gaming controls. It’s powered by a 1.5GHz dual-core processor, and a quad-core Mali 400 MP GPU for 3D graphics support. In addition, the Gamepad includes 8GB of internal storage, a microSD card slot (supporting up to 64GB), and a mini-HDMI output for displaying content on a TV.

Integrated Wi-Fi ensures the tablet will have viable internet access for downloading apps from Google Play and streaming media.

The Gamepad will be running Android 4.0 Ice Cream Sandwich, which also means it will have access to Google Play and hundreds of mobile games. Archos was smart though, and has implemented “game recognition and button mapping tools” which means the physical controls will work with pretty much any game. Currently Archos claims that nearly 1,000 games are guaranteed to be compatible with the Gamepad.

Why The Archos Gamepad?

It’s no secret that touch controls can be sluggish and frustrating, especially when playing action oriented games. Archos has identified this problem with current smartphones and mobile devices and has created a tablet specifically for gaming, the Gamepad.

The official Archos Gamepad press release mentioned the following: “Until now, tablets provided gamers with touch controls that lacked response and compatibility for their advanced games, providing a disappointing gaming experience. As one of the main tablet uses, there is a strong need for a tablet that does more for gaming. Thanks to the complete touch and physical controls of the ARCHOS GamePad.”

Henri Crohas, the founder and CEO of Archos commented on when they decided to develop the Gamepad.

“When Android 4.0, Ice Cream Sandwich, was first released they included game controller support within the framework and that is when we decided to build the GamePad.”

Crohas also went on further to say, “Thanks to the mapping and automatic game recognition systems included on the GamePad, we already have over a thousand android games compatible with the ARCHOS GamePad’s physical controls, including back catalog titles that originally didn’t include physical controls.” 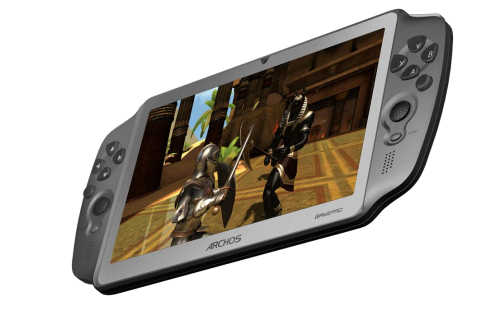 Archos announced that the Gamepad will be priced less than €150 and will be available in the US and Europe at the same time in October. No further details were revealed concerning the release date and price of the Gamepad.

Considering €150 is close to $188, it would be safe to assume the Gamepad will cost a maximum of $199, but the actual cost will probably be much less.

The Gamepad will not be competing with the PSVita and the Nintendo 3DS as it is essentially a tablet and mobile device. It goes without saying, the consumer base for a product like this is not exceedingly strong. After all, not every tablet user is a gamer and not every gamer has the desire to play on a tablet.

Time will certainly be the determining factor here, and we’ll know soon enough if Archos has a winner on their hands, or not.