The Apple vs. Samsung war is heating up as Samsung scores one over Apple in London. But as an app developer, this can only mean one thing. It’s WAR at the app market. With the rise in use of smartphones and tablet PCs, everybody wants a piece of the pie now. Developing apps is an ever so new way of making good bucks. Seems simple enough, isn’t it?? Well, it’s not that simple. There are a lot of things that need to be taken into account. As a developer, having a good app is only job half done. Monetizing and proper marketing of your app is a different ball game.

The first wrinkle that needs to be ironed out is what platform are you going to use? A basic step, but very important nonetheless. There is a whole new plethora of apps out there. Any app needs a platform. The major mobile app platforms are Apple and Android, followed closely by Windows and RIM’s Blackberry. Apple is the one who ushered in era of the smartphone and enjoys a major share of app market, whereas Android is hungrily nipping at its heels.
A developer’s first major dilemma is which platform to use. For a new company, it is redundant to develop specialty apps in every platform. Every platform has its merits and demerits. But generally, you need to keep these variables in mind: 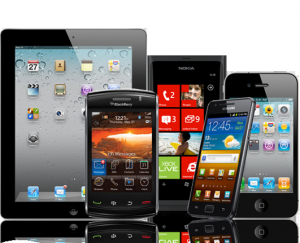 You will need to entertain all these possibilities and determine what your position is and what your mobile strategy should be.

Keeping this in mind, let’s analyze the different available platforms.

Yes, for a new app, Apple platform sounds like an obvious choice. There is only one slight hitch. The mobile market is never permanent. The biggest asset of Apple platform is that, it is a single platform that can function on all of its iPhones and iPads. Developing for this platform is more expensive. The review process takes 7-10 days and is based on a rather tough contractual policy. Also, the development language (objective C) is less common than any other. The main drawback arises with Apple’s policy. If they decide that your app doesn’t make the cut, your investment is dead, because their contract prohibits you from distributing your app in other ways, even if there are alternative markets.

Android is currently the most popular in terms of available devices. Vendors have a higher level of flexibility in implementation and the version of it that they want to use. But since most of the content for this platform is free, monetizing your app would be a problem. Also, there is an added disadvantage that the software works on some devices but not on others. You need to tweak your software quite a bit for it to work on multiple devices.

Once a market leader, RIM’s Blackberry, is now in a tough spot because of its reluctance to adapt to the competition. A big supporter of physical keyboards, they are now moving towards touch screen devices to meet customer needs. However, it still appeals to the younger population due to its multiple language development, and a very good email application. 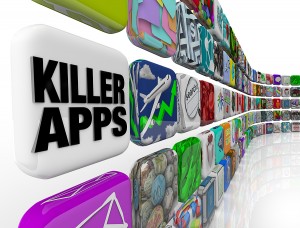 The largest player to enter this market is struggling to find its game. Microsoft is throwing around major cash to back the Windows Phone. Having the most innovative UI amongst all contenders, the only problem that Windows Phone faces is regarding the development tools, C# being the only available language.

The HTML 5 running on your browser, promises good cross-platform development possibilities. It basically runs on any platform that supports the web standard. Though Facebook tried and failed miserably, this technology is fine for its strategy. Also, if Apple decides your app doesn’t qualify, then maybe this is the way to go for you. The slight disadvantage of HTML 5 is that the apps are not “native apps”, therefore users will not be able to go to an app store and purchase them. Also, there is no access to the phone, camera and other built in features.

In conclusion, consider the platform first, before creating your app. Knowing your user base allows you to determine which platform to build for first. A good development team can guide you through the process of establishing platform priorities, and ensure the quickest delivery on all of them.